A VERY BIG THANK YOU TO Vahram Keshishian
for leading me to these filming locations! 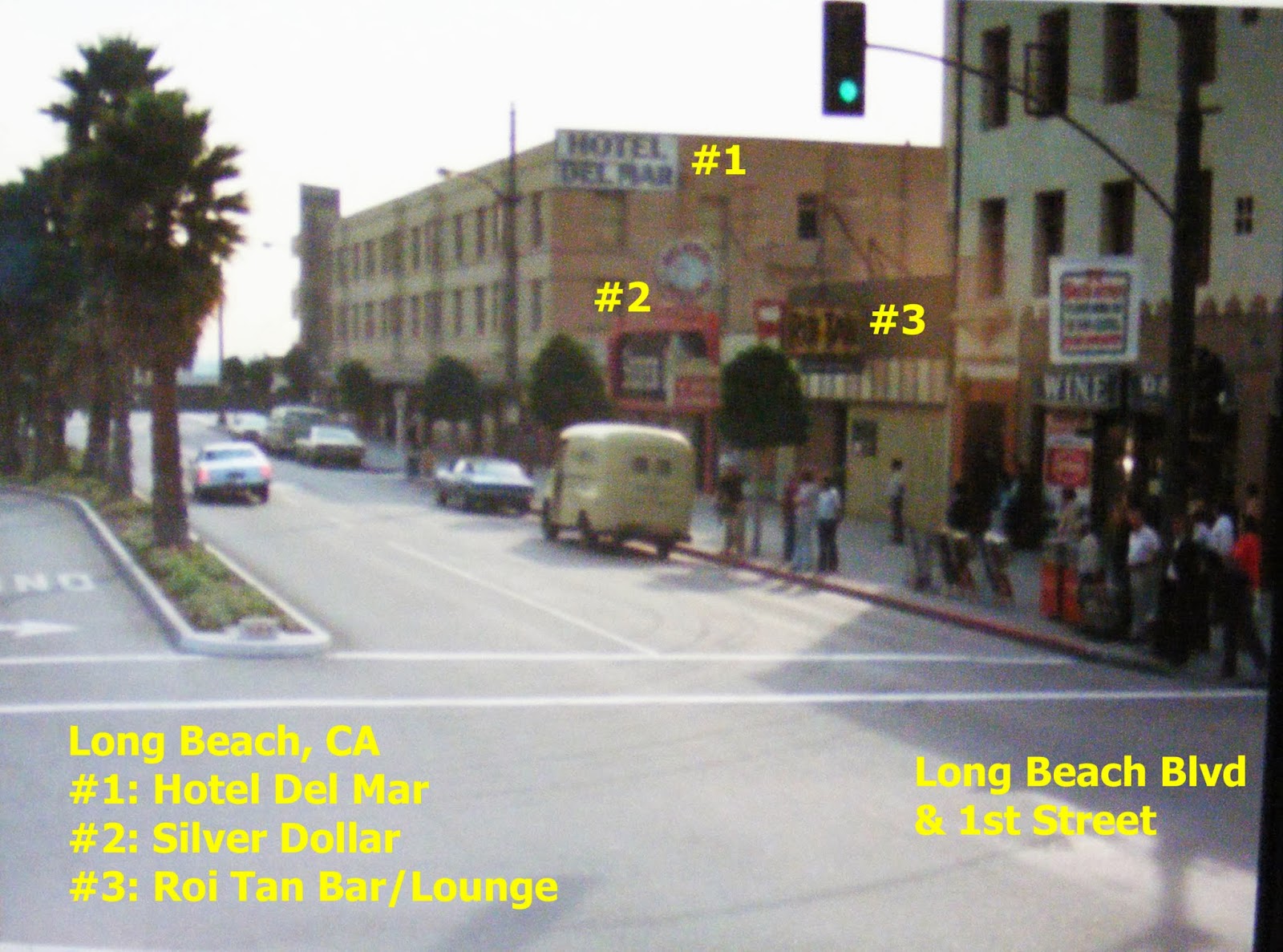 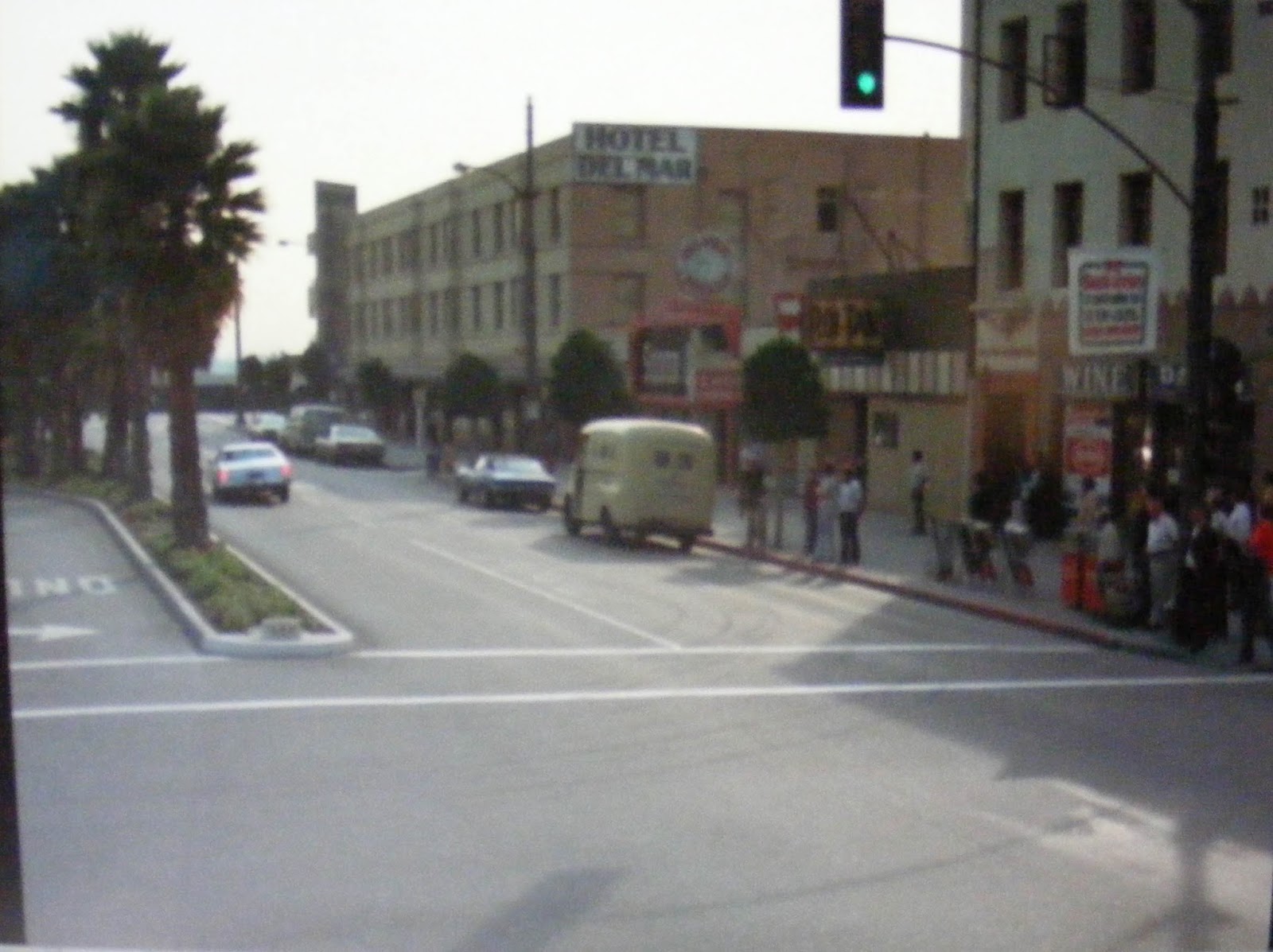 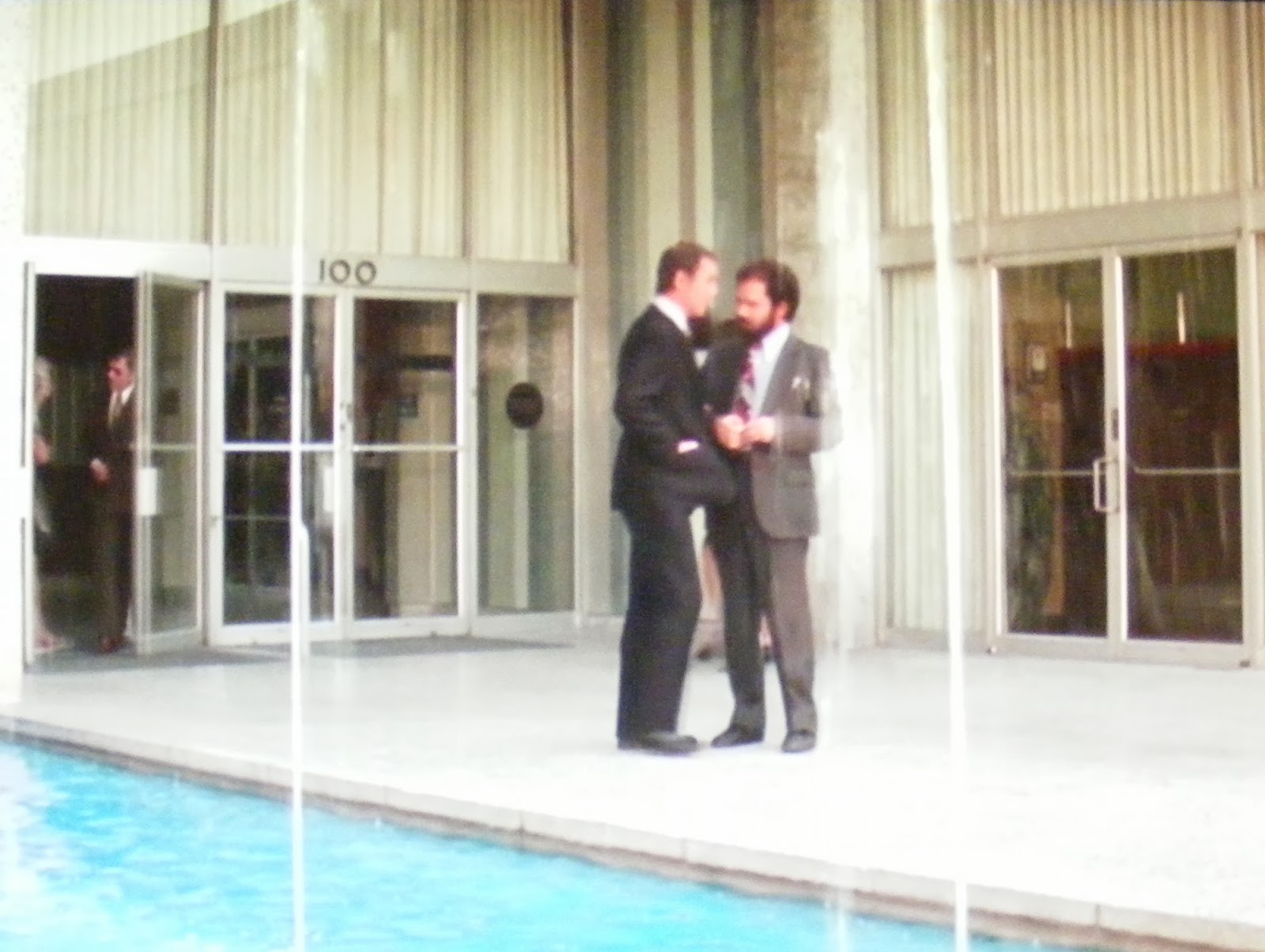 ABOVE PHOTO: Angel is grabbed by a thug outside 100 Long Beach Blvd. - Today this building is used by the City of Long Beach as CITY HALL EAST and also the Long Beach Police Department.
Michael T. said...
Also, what was City Hall East (or in the episode, Striker Industries) had been vacant since 2005, and last year was redeveloped to become Edison Lofts. The building itself dates to 1959, and given the amount of change in the area, it's remarkable that it still survives (and externally, is nearly unchanged) today!

ABOVE PHOTO: The image is actually two scene shots merged together of intersection of Long Beach Blvd & 1st Street in Long Beach, CA.
The large building on the far left: Biltmore Apts 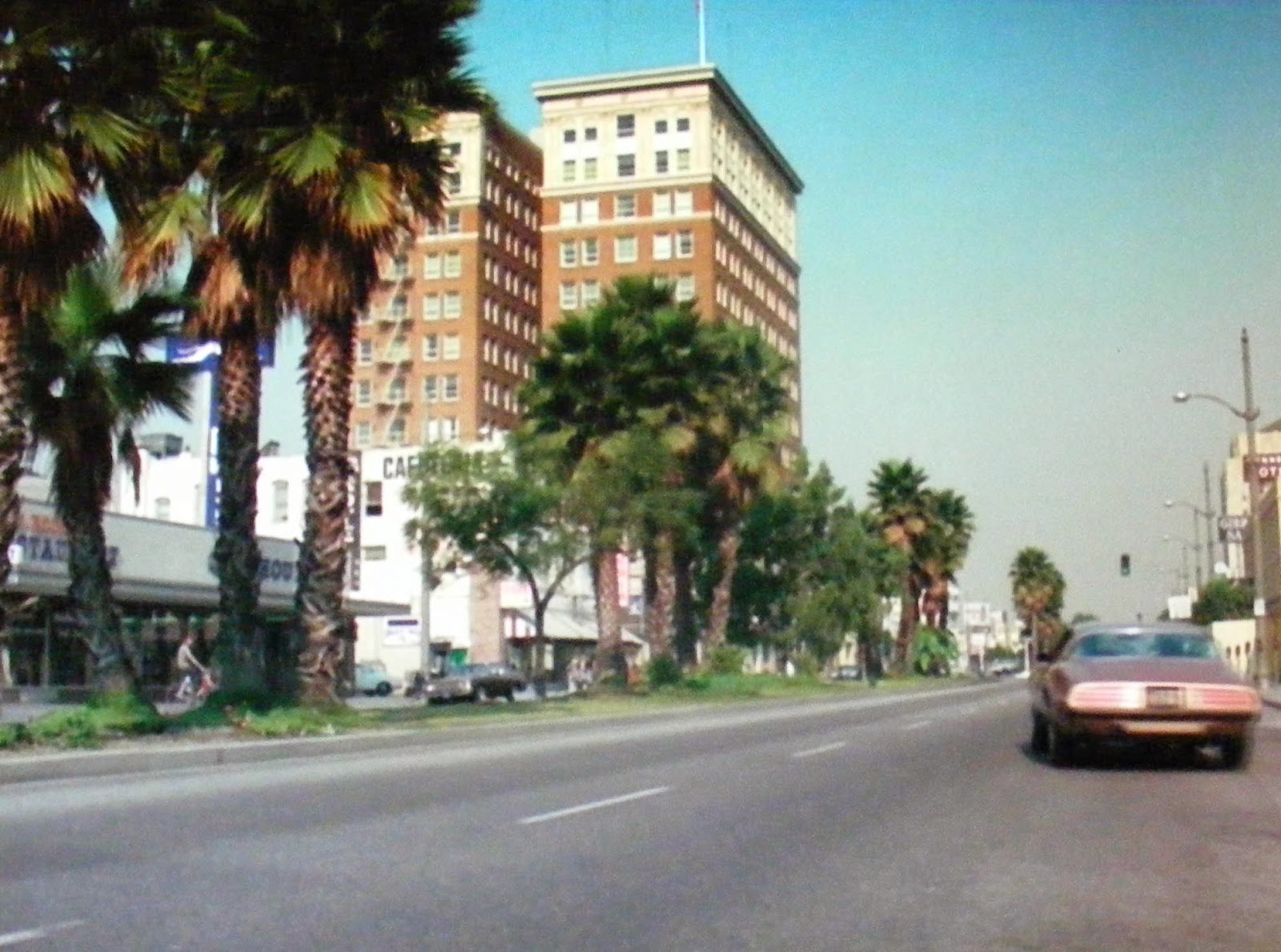 ABOVE PHOTO: Jim Rockford's car takes off on Long Beach Blvd. on the 100 block. On the right is an old unidentified hotel, on the left is a restaurant and Greyhound Bus Station depot. 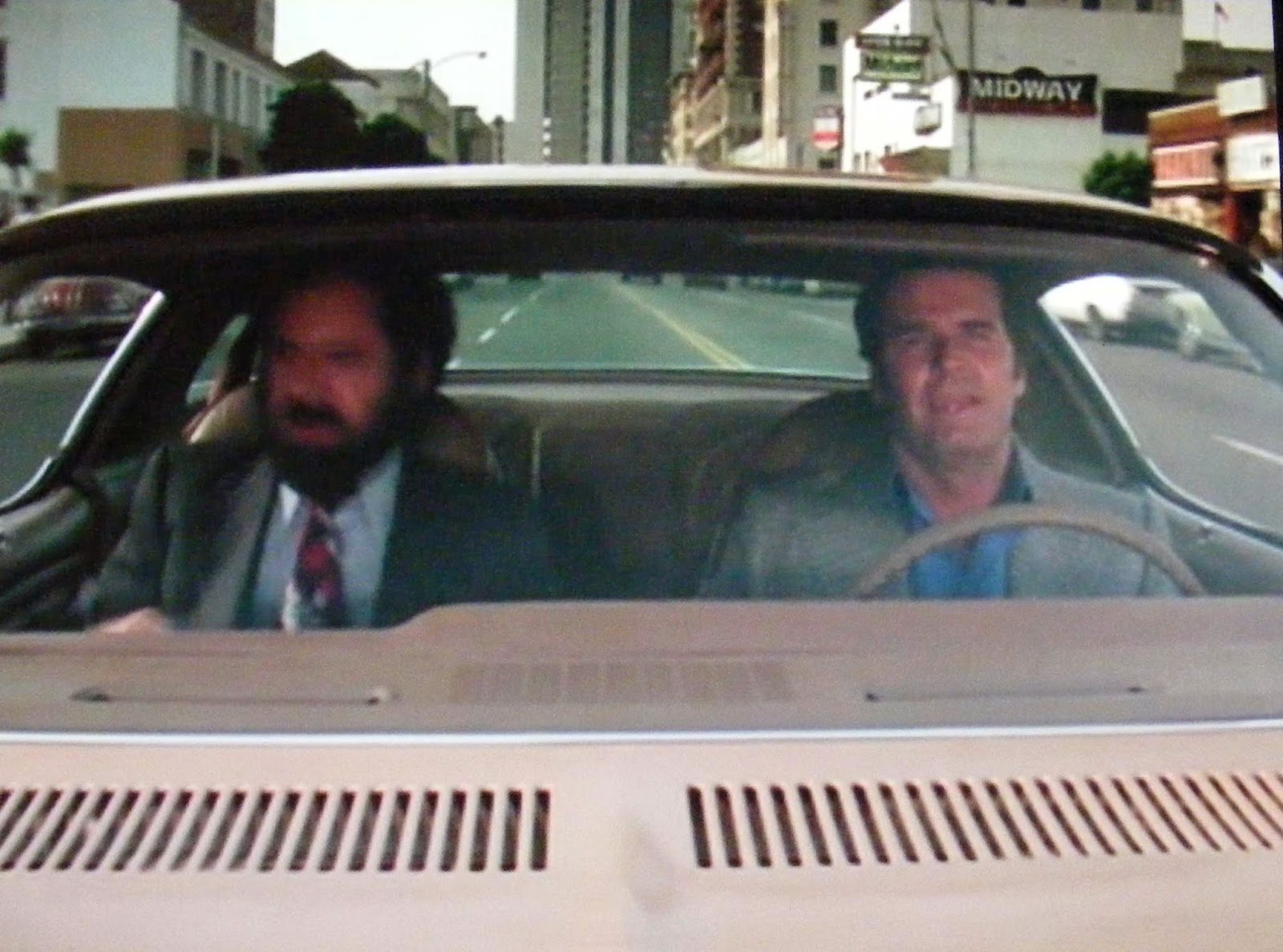 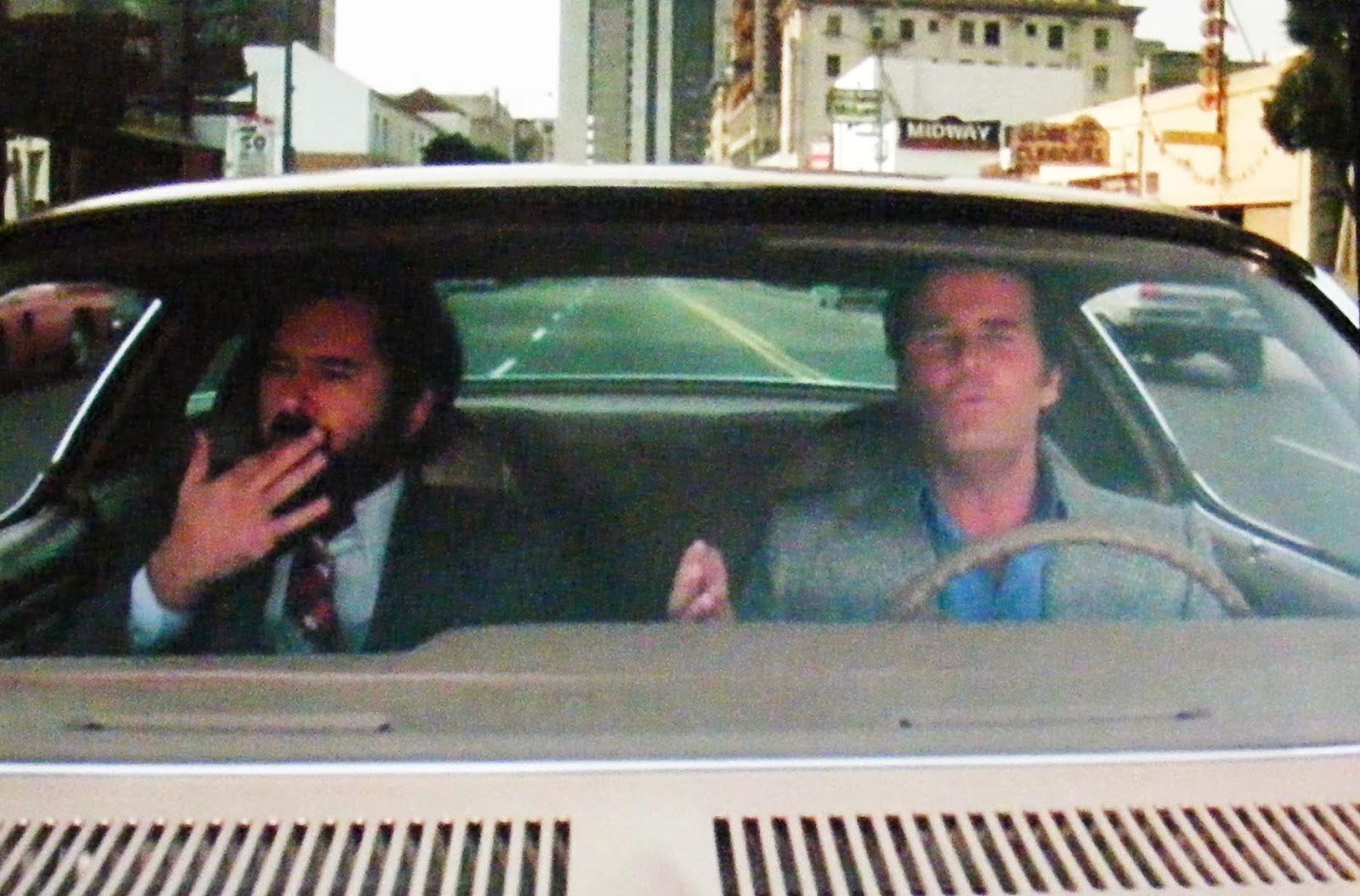 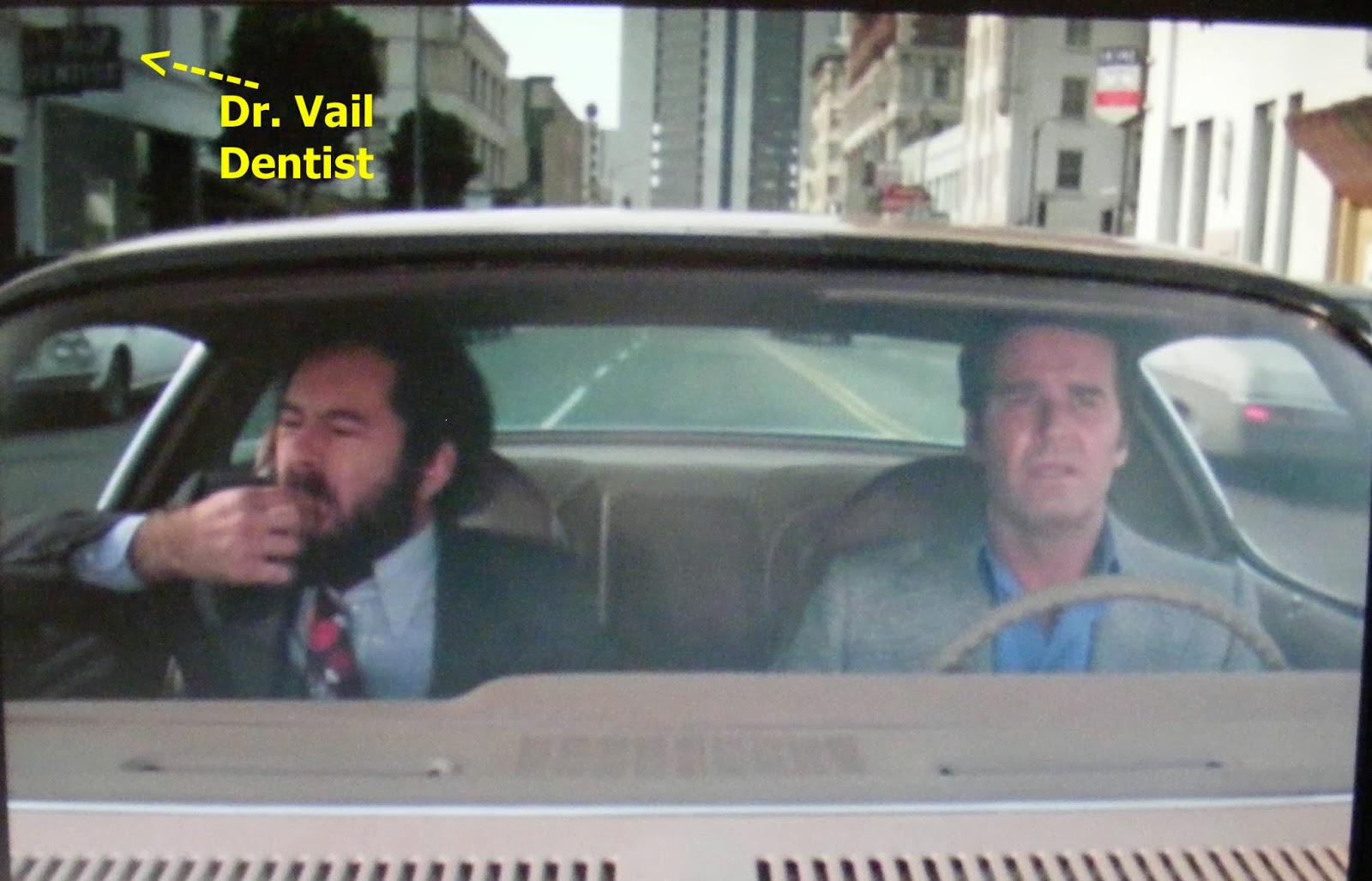 BELOW PHOTO: Looking for help on the full name of the "Al's" business... the sign has a name before Al's but can't make it out.... Could it be Famous Al's??? Also there is cocktails place on the below right side photo. It was right next to Globe Cleaners - The sign has 8 letters in its upright sign. 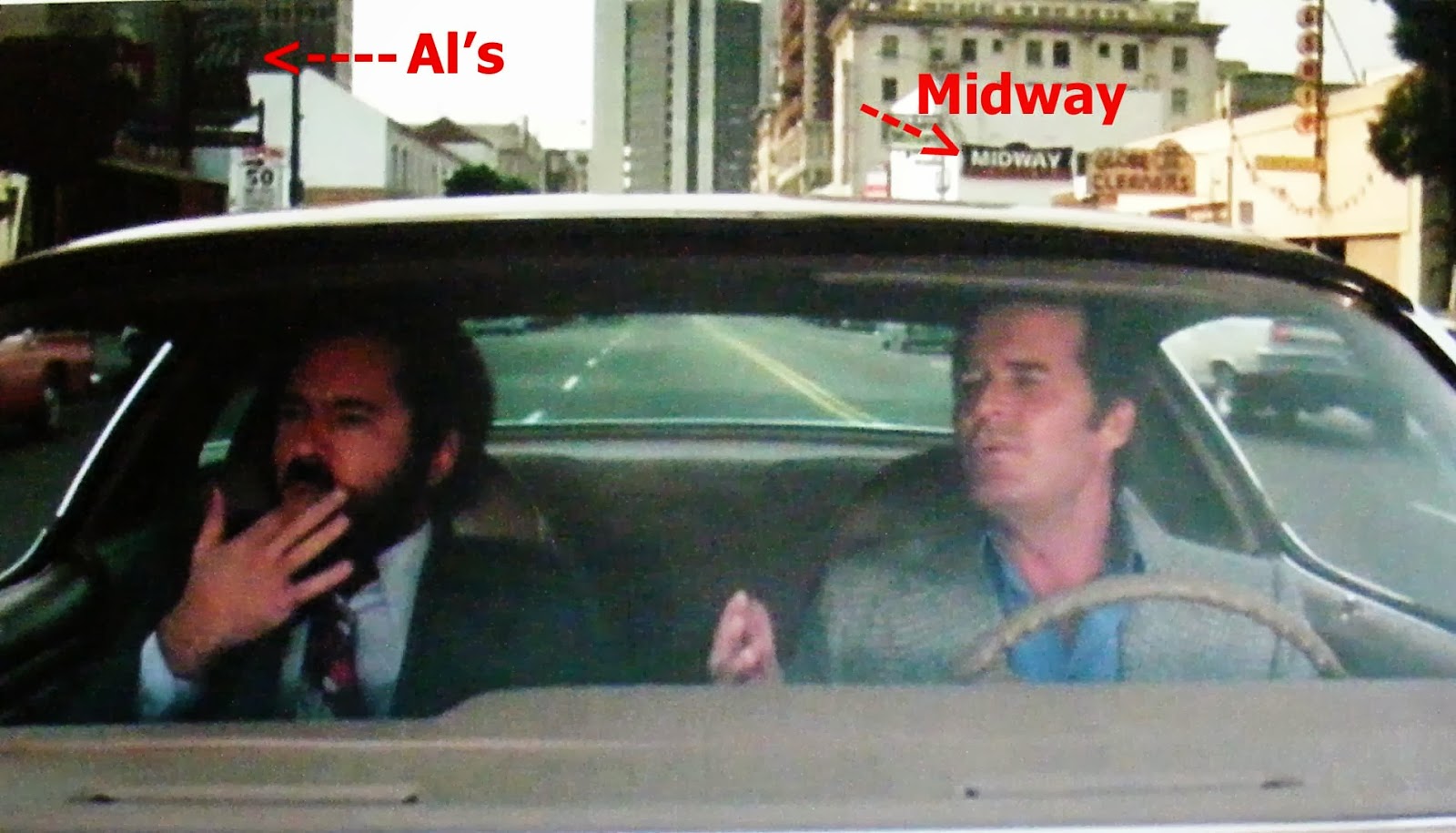 ABOVE FOUR PHOTOS: A ride down 1st Street in Long Beach, CA 1976
Businesses seen in this episode: Midway, Al's, Globe Cleaners, Dr. Vail Dentist, among others.
gweilo8888 said...
The "Al's" location was "Trader Al's", formerly known as "Trader Al's Windjammer" and located at 238 E. First St. since at least the early 1950s. 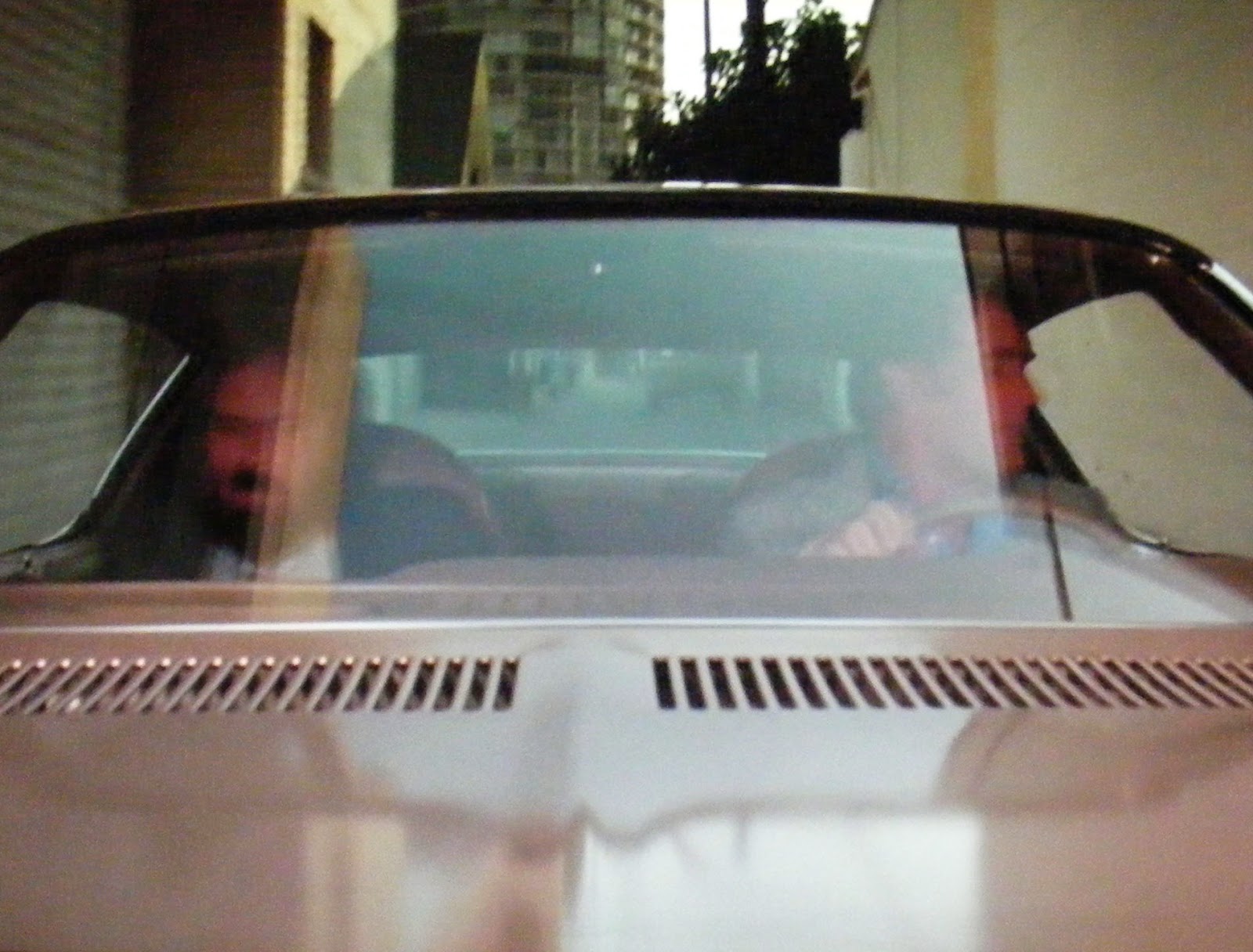 ABOVE PHOTO: Jim racing down an alley, in the background the round building is the International Tower in Long Beach, CA - as shown below. 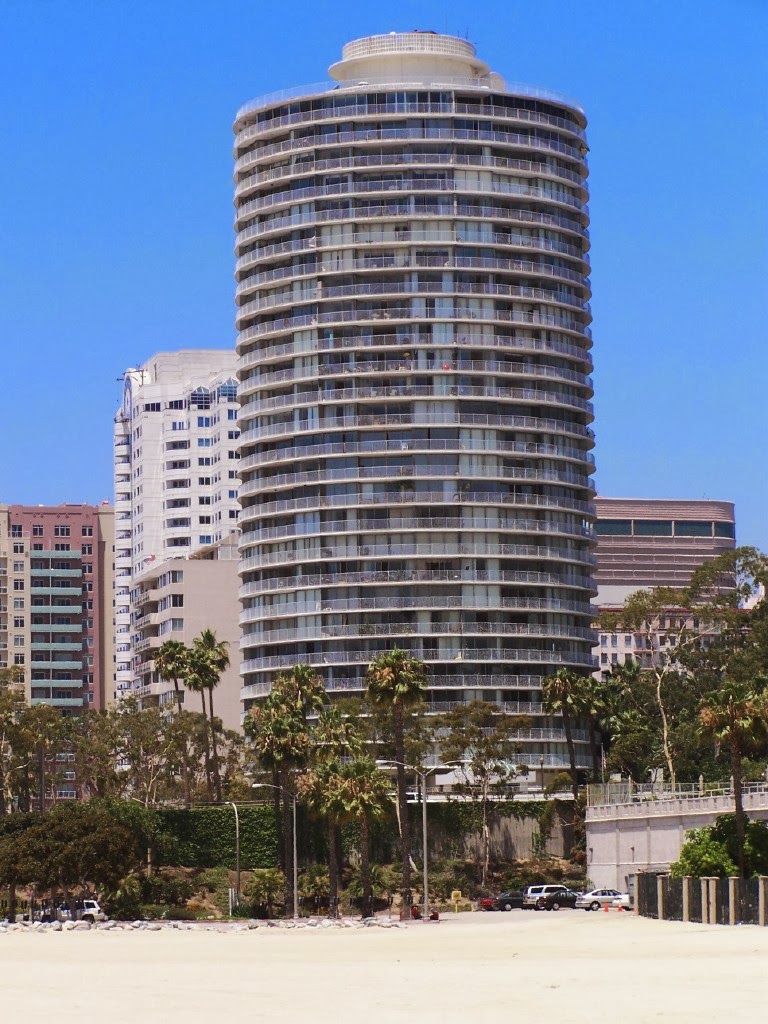 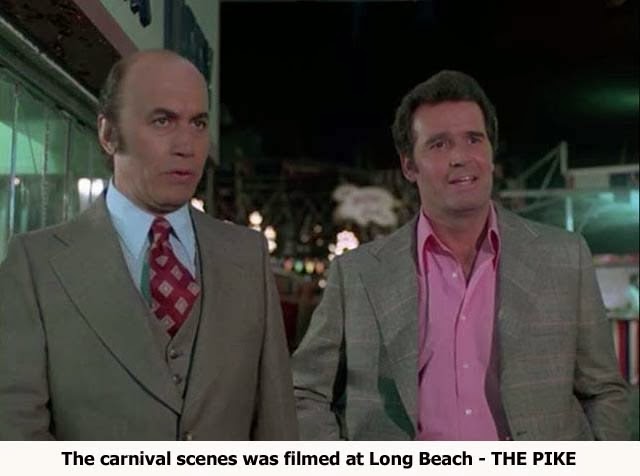 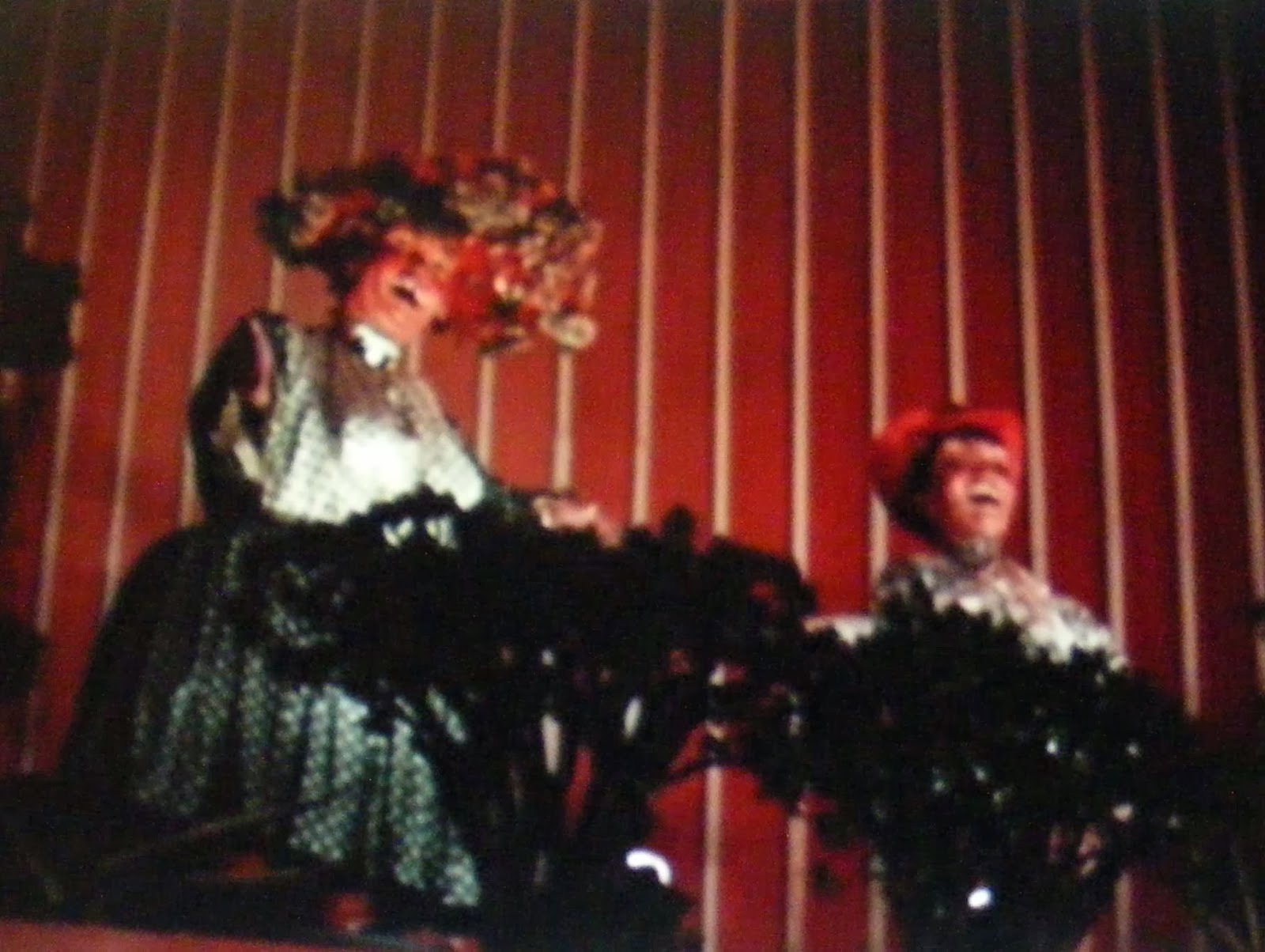 ABOVE PHOTO: Eddie Fontaine returned to another episode of the Rockford Files as mob enforcer Sweet Tooth London. He is seen riding the Ferris Wheel at Long Beach - The Pike with Jim Rockford. 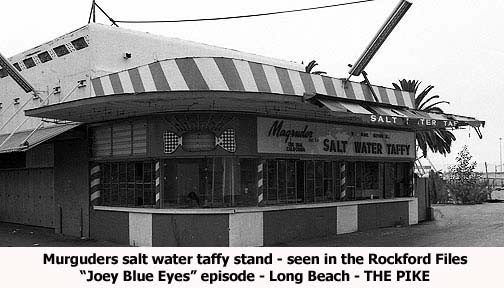 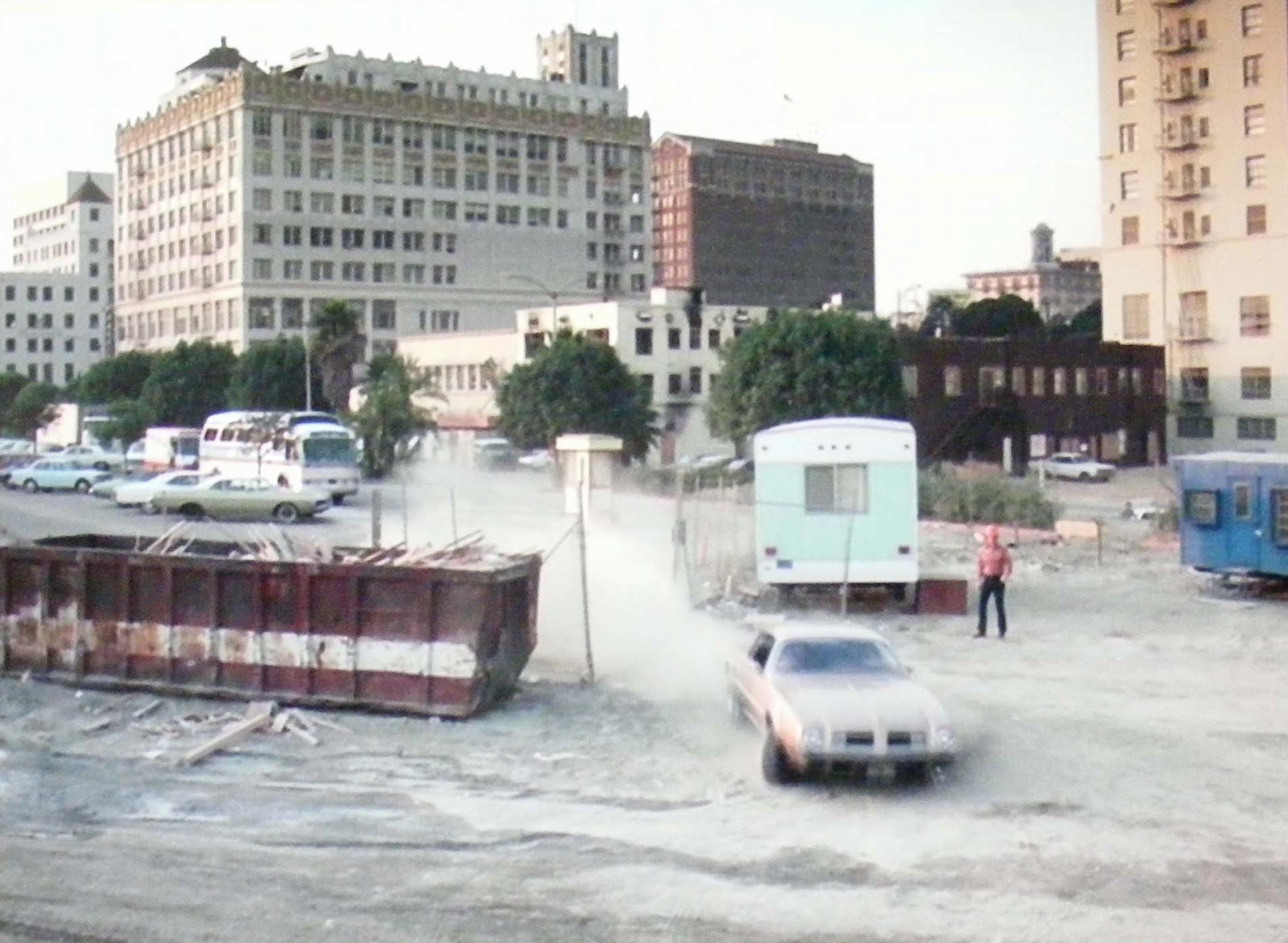 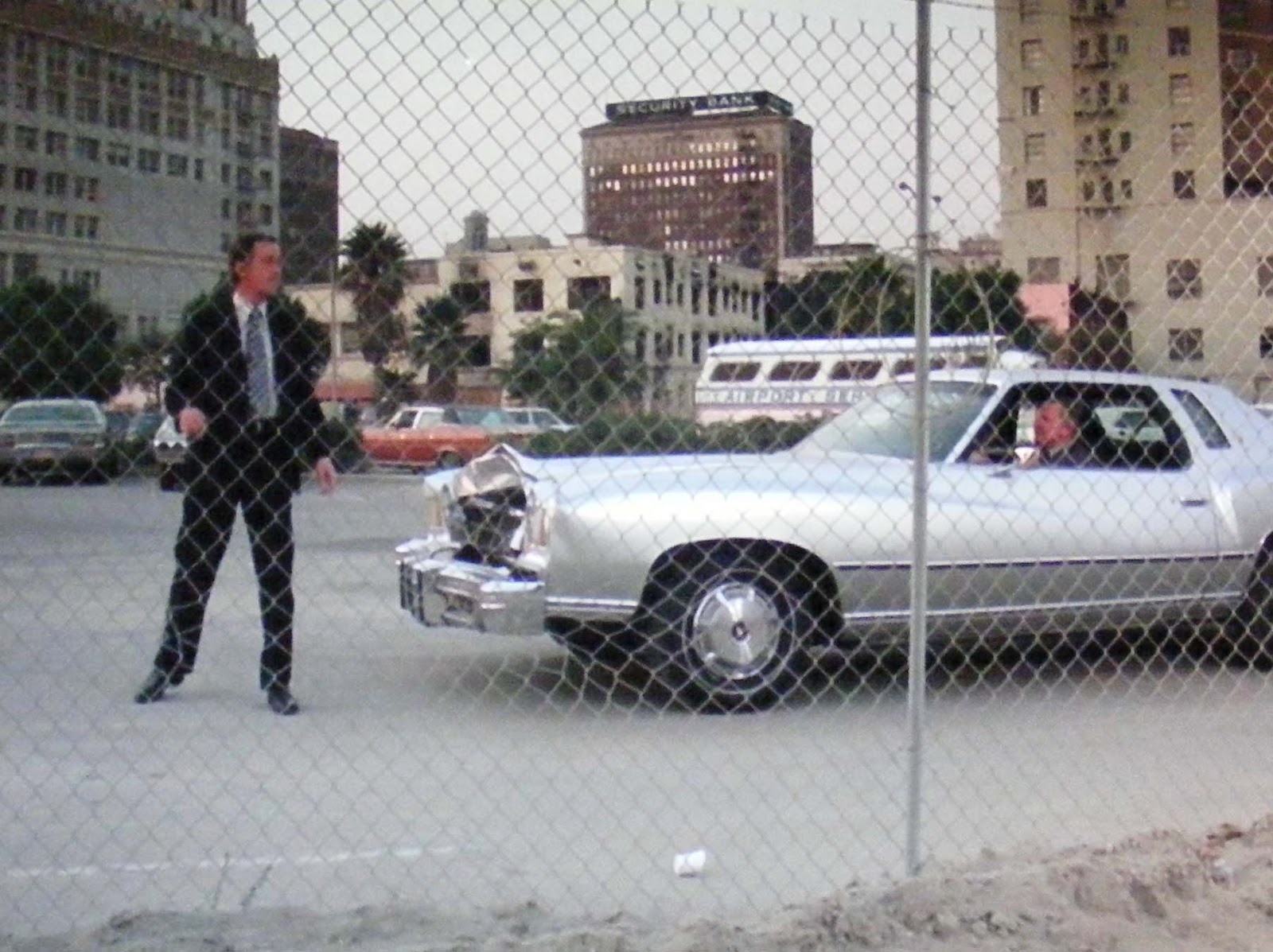 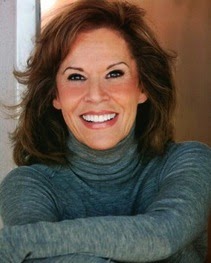 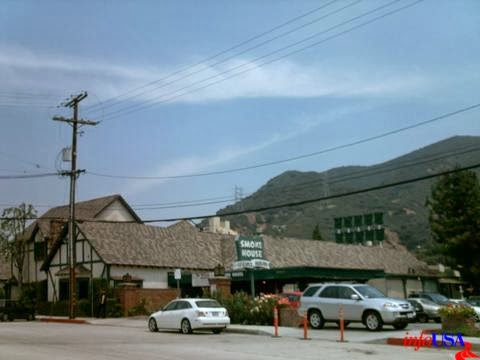 One of the weird things about this episode was that James Luisi who usually plays a police Lt on this show played the bad guy. Never really saw such a sudden change take place in any other TV series. I have a feeling whoever was about to play the Burt Stryker role either couldn't do so or wasn't liked by the director so they used Luisi as an emergency replacement.

Suzanne Charny is a heart throb. What a great actress and a beautiful woman.

That area of Long Beach was kind of like skid row in the 1970's. Now it is all hotsy totsy and expensive.

You brought some nice memories back for me. I grew up in Long Beach and remember this area all so well.

Found this location a few weeks ago, but didn't see a thread for this episode.
The car chase is excellent.
And it looks like they took the fountain out, at the office building where Angel visits.

If I remember correctly, there is another episode that is shot near this location, near a theater, but I can't remember which episode?? Could have been Kojak...they shot in some of the same locations in the LA area.

Watched this episode today! Thanks for the fun!

Joey's restaurant was actually Martoni Marquis on Sunset Blvd. I went to the Smokehouse in Burbank but the exterior didn't match. The Marquis, later Carlos n Charlies, and then Dublins was at 8240 Sunset.