The Rockford Files - Another filming location stumper SOLVED! Thanks to the kind folks at West Coast Escrow!

Thanks to the kind people at West Coast Escrow for giving me the answer to a real filming location stumper for me. The reason I was really throw off track was the filming of this scene was actually done at two totally different locations but the scene appeared as it was one location.

In the below two images Jim Rockford pulls into a gas station and uses the pay phone to call the police. Jim is being tailed by the two guys in the second photo. Jim Rockford calls the police and says his car was just stolen and gives the police the license plate and description of the car that is following him. Jim does that so the police pull the tail car over and Jim makes good his escape from being followed.

After this phone call Jim pulls out of this gas station and then is immediately on 5th Ave in the old Downtown area of Los Angeles. Little did I know that the gas station they used for the beginning of this scene was not even close to Downtown Los Angeles. But that is what Hollywood is all about, the magic with the camera!
Once again a BIG THANK YOU to WEST COAST ESCROW and especially Debra Helgren! 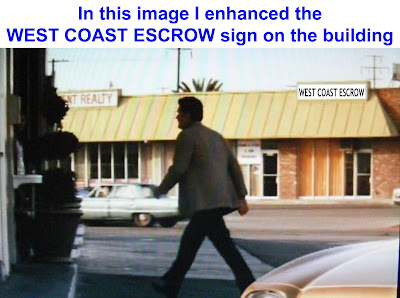 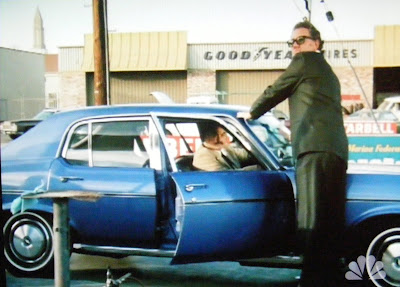 The below image is what I sent to West Coast Escrow, since they were still in business. And thanks to their kindness and a little luck the following answer was given.... LOOK UNDER THE BELOW IMAGE.

The Answer:
That was our office and we were there from 1968 to 1994. The address was 7569 S. Sepulveda, Westchester CA. The address was a bit misleading because the office fronted on 77th street about 100 or so feet off Sepulveda.
Posted by Rockford Files Tv Show at 9:01 PM 5 comments: Links to this post