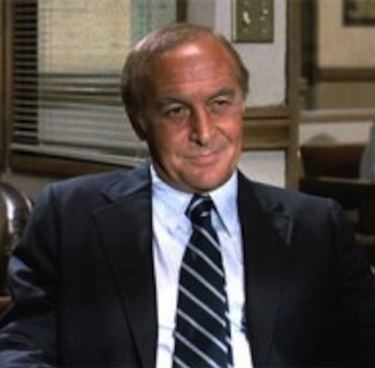 
Bob starred in a television series in the late fifties. He played Elfego Baca in the Walt Disney series entitled, "The Nine Lives of Elfego Baca." This was not a stand alone series but was part of Disney's weekly broadcast. Although the Disney program was quite popular, the legend of Elfego Baca was not as memorable as the Davy Crockett series that had starred Fess Parker. Not many people remember this story of the west.
- IMDb Mini Biography By: Outis

Last name is pronounced Loh-jha.
Italian-American.
His hair and eyebrows are more than often dyed a brown-like color in his movies, so often that his naturally white hair comes as a surprise when seen in real life and in films without it.
In an interview on Pat Sajak Weekend (2003), he talked about when he first expressed an interest in acting while in his early twenties. Initially, he was reluctant to tell his father what he wanted to do with his life and, when he finally confessed, his father was less than happy with his son's career choice. But, the man had blessed his son by simply telling Robert he had to go with how he felt and follow his passion.
Father of Kristina Loggia, John Loggia and Tracey Loggia with ex-wife, Marjorie Sloan.
Graduated from the University of Missouri-Columbia with a degree in Journalism in 1951.
Served in the army.
Began his acting career on Broadway in the 50s.
Close friend of Merv Griffin.
Graduated New Dorp High School, Staten Island, New York, in 1947.
Has mentioned in interviews that he meditates often while working on films to keep himself calm and centered.
He has made guest appearances on both Hawaii Five-O (1968) and Hawaii Five-0(2010).

(2011, on Scarface) We rehearsed our Scarface to the nines. Long period of rehearsal, so that by the time we started to shoot, it was almost like doing a play. We all had a grand time doing it. It was a wonderful cast. We all got along well together, and that's it...The acting talent, the cinematography, we were propelled into a real class action film. Long after I kick the bucket it'll be played.
(2011, on Prizzi's Honor) What stands out for me in that shoot is John Huston's daughter [Anjelica]. I don't know what adjective to use. He wasn't uncomfortable with her, but he felt that it would be better if I worked with his daughter more than he did. That I would shield Anjelica from any problems. So I became her off-screen mentor at the behest of John Huston. He wanted me to work with his daughter. He felt, I guess, uncomfortable doing it himself.
(2011, on Big) Well, when we came to the set, which was... what's the store? F.A.O. Schwartz. We went up there, Tom [Hanks] and I, we see two guys dressed like we were, and they were going to shoot [the piano dance scene] with just the feet. We thought that was ridiculous. We told the guys who were dressed like we were to take a hike. So we were full-figure, which made it much more of a classic scene. Tom and I did all the dance. Full-figured view...It didn't take long at all, really. Just about one take.
(2011, on A Woman Called Golda) I worked with Ingrid [Bergman]. Ingrid and I became very close during filming. She became Golda Meir. She had a problem with her circulation in her left arm. So the whole time it was swollen. She was in pain. Ingrid and I became very, very close in the film. I think it became a real classic.
(2011, on playing a lot of different ethnicities in your career) I'd have to thank Stella Adler for that. She didn't want her actors to be a one-trick pony. An actor is an impersonator; he plays many different roles. If you played the same role all the time, God that'd be a boring career. When you take on different roles and become a different person, that's called acting ... It's a challenge. When you read a script, you don't want to be the same guy all the time, you want to change, you're a different person. That's why acting is a wonderful career. You're not the same guy all the time.
(2011, on Independence Day) It was a thrill to do that movie. For all the actors. It was challenging, and you stepped to the plate and try to hit it out of the park, I guess...You're dealing with aliens and all of that. It's an obvious challenge. Scripts like that don't come your way that often. It's nice to have it in my acting agenda. Nice to take it on.
(2011, on Mancuso, FBI) Well, I liked playing the cop. It should have gone on longer. I don't know why it was canceled, but Mancuso, FBI, it should have had a good long run, but it wasn't picked up. Maybe there was a problem with me. I have no idea.
(2011, on making Lost Highway) It's certainly in my memory book as a thrill. Working with David Lynch was like taking a bullet. A gun at you. Lost Highway is, I think, one of the best films I've ever been in. It'll endure a long, long time.
Posted by Rockford Files Tv Show at 7:18 PM No comments: Links to this post 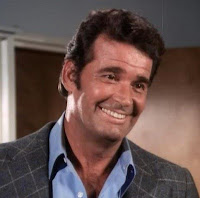