A big thank you to Frank C. Girardot, Jr. of the Pasadena Star-News for the nice write-up he gave my Rockford Files Blog

The below photo is from a Rockford Files scene - "Just Another Polish Wedding" - the building is the MARINA TOWER APARTMENTS 415 Washington Boulevard  Marina Del Rey, CA - The red large sign was for the Guerino's Deli Restaurant once located in this building. "THE PASTA FACTORY ITALIAN RESTAURANT" is now located in this corner portion of the MARINA TOWER APARTMENT BUILDING. 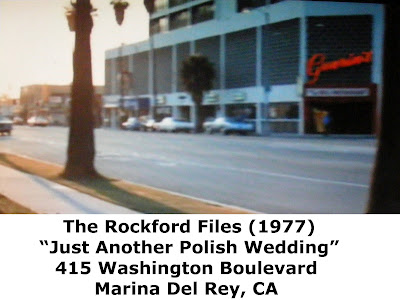 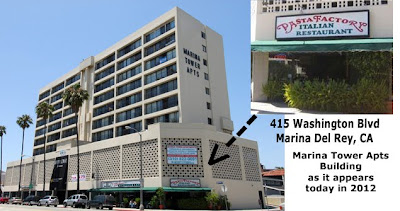 BELOW PHOTO: In the same scene from above, a "Musicians Union Local 0174" hall could be seen across the street from the Marina Tower Apartments. I believe the Musicians' Union Office was actually fictitious and only used for the production/filming of this episode. The building they used for this fake union hall is located at 450 Washington Boulevard  Marina Del Rey, CA. 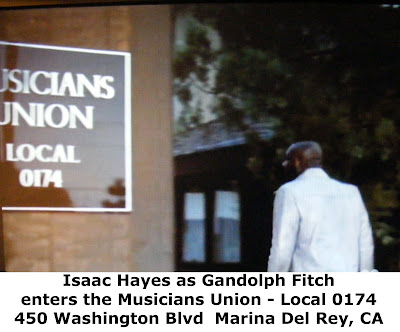 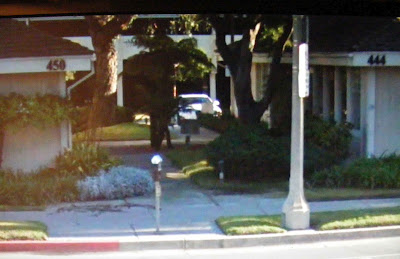 Posted by Rockford Files Tv Show at 6:04 PM No comments: