BUMPED UP DUE TO THE 1 YEAR ANNIVERSARY OF HIS PASSING - Jack Garner, older brother of James Garner, dies at 84 - Played many roles on his brother's TV show, THE ROCKFORD FILES 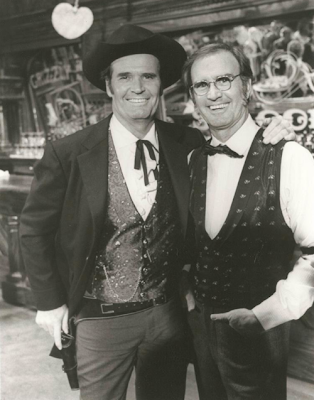 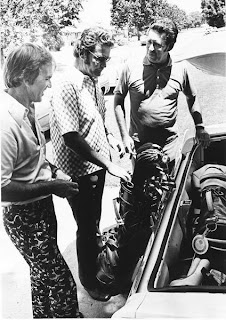 PHOTO LEFT: The Garner brothers, from left, Jack Garner, actor James Garner, and Charles Bumgarner gathered for a game of golf in Norman in this July 1973 Transcript photo. James Garner and Jack Garner changed their names when they moved to California. Charles Bumgarner retained the family name and became an educator in Norman. Jack Garner died Tuesday, Sept. 13, 2011, at his home in California. He was 84.
Jack Garner, a Norman native who worked as an actor, singer, professional baseball player and longtime golf pro, died Tuesday in California after a brief illness. He was 84.

He was the older brother of Hollywod legend James Garner. The oldest brother, the late Charles Bumgarner, was a longtime Norman school administrator who died in 1984 at age 60.

Jack Garner’s daughter, Liz Bumgarner, said her father had fallen and broken a hip last week. His heart was not strong enough for surgery and they were planning for long-term care when his condition worsened and he died, she said.

Jack Garner was a standout athlete at Norman High School and played on a state championship basketball team for Norman High. He later played professional baseball and worked as a golf professional at local courses.

Later in life he was frequently cast in roles in his brother’s 1970s NBC-TV series, “The Rockford Files” and numerous other shows. Liz Bumgarner, said her father moved to California in the early 1960s. He most recently lived in Palm Desert, Calif.

“He had so many friends and still had some family in Norman,” Liz Bumgarner said of her father. “We had many great memories there.”

A memorial service is planned in California. Arrangements are under the direction of the Wiefels Palm Springs Mortuary.

The three Bumgarner sons were born in Norman to Mildred Scott Meek and Weldon Warren “Bill” Bumgarner. The family ran a general store at Denver Corner on the east side of Norman. Mrs. Bumgarner died when the boys were very young and they lived with friends and relatives as their father struggled to find work during the Depression.

In his soon-to-be-published memoir, James Garner called his older brother “a hell of an athlete, and I always took a backseat to him.”

“At Norman High, he was a point guard on a championship basketball team and quarterbacked an all-state football team,” James Garner wrote. “But his best sport was baseball: Jack was a pitcher in the Pittsburgh Pirates organization for eleven years. He was a better athlete than I was and a lot more outgoing. I was always in his footsteps.”
Posted by Rockford Files Tv Show at 1:06 PM 3 comments: Links to this post 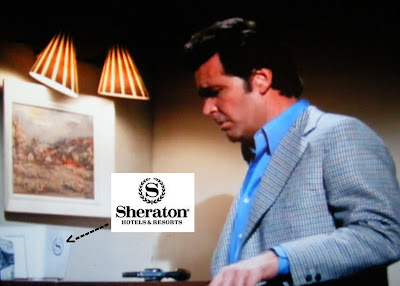 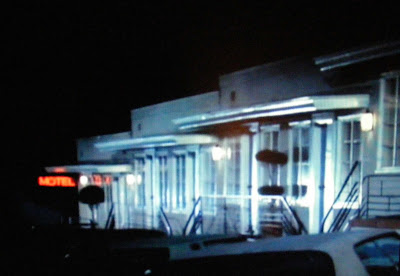 The above two images show a motel. Based upon the logo on the ice bucket in the very top image, this is/was a Sheraton Motel. The actual location is presently unknown other than in California somewhere. I am hoping somebody recognizes this motel. 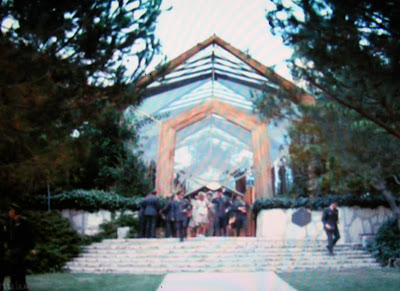 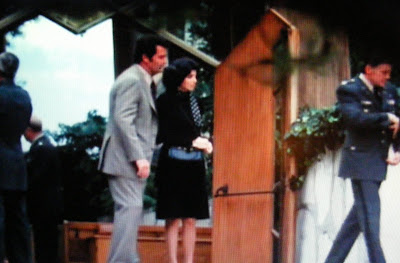 The above two images were from a funeral scene from this Rockford Files episode. The filming location was:
Wayfarers Chapel
5755 Palos Verdes Drive South
Rancho Palos Verdes, CA 90275
(310) 377-1650
Posted by Rockford Files Tv Show at 10:24 AM No comments: Links to this post