Thank you to Senor Amor for this location! 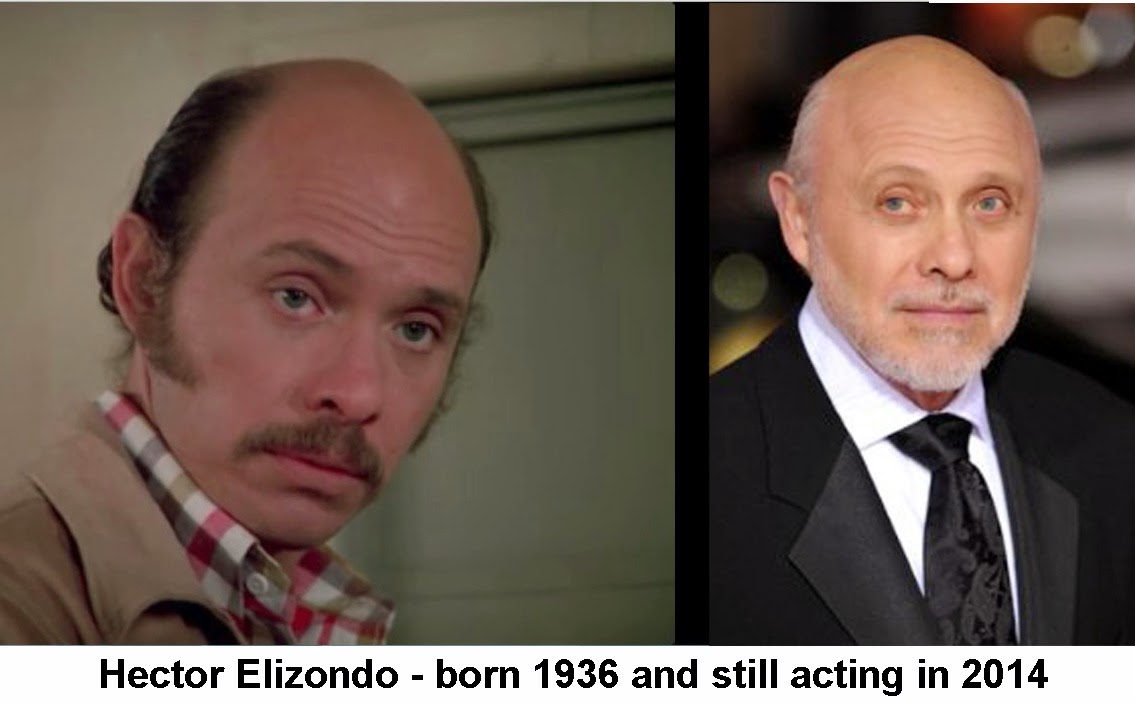 Actor Hector Elizondo played Jim Rockford's old Korean War buddy John Micelli & ends up getting killed over the woman he loves. This was Hector Elizondo's first appearance on the Rockford Files but would return later to appear in:
- A Good Clean Bust with Sequel Rights (1978) ... Frank Falcone 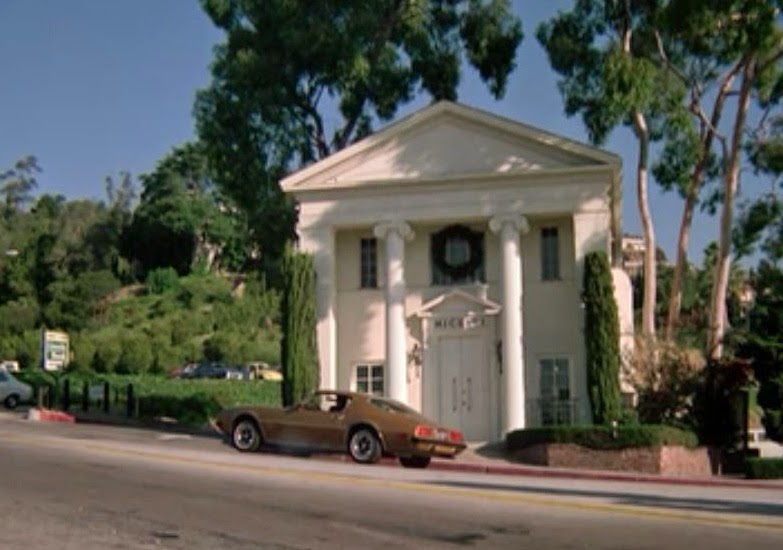 ABOVE PHOTO: In this still image from the Rockford Files, Jim Rockford pulls his vehicle up to the photography studio of his good friend John Micelli.

BELOW PHOTO: This is how the above building appears in 2014. The building is located at 8619 Sunset Blvd. Today it is the home of BCBG Max Azria Clothing. 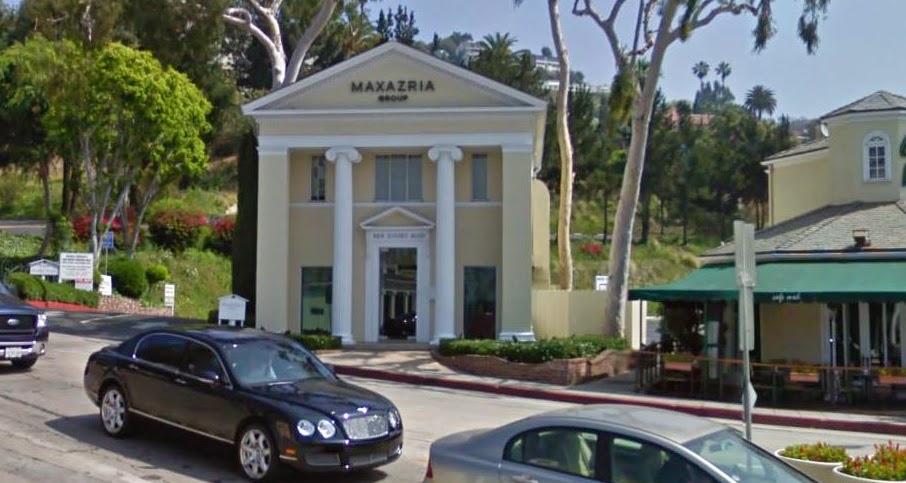 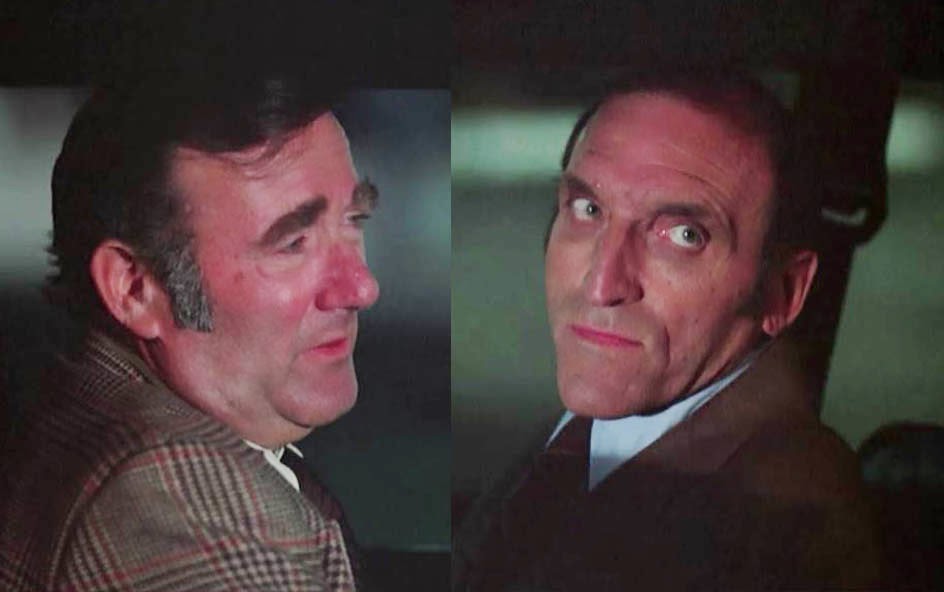 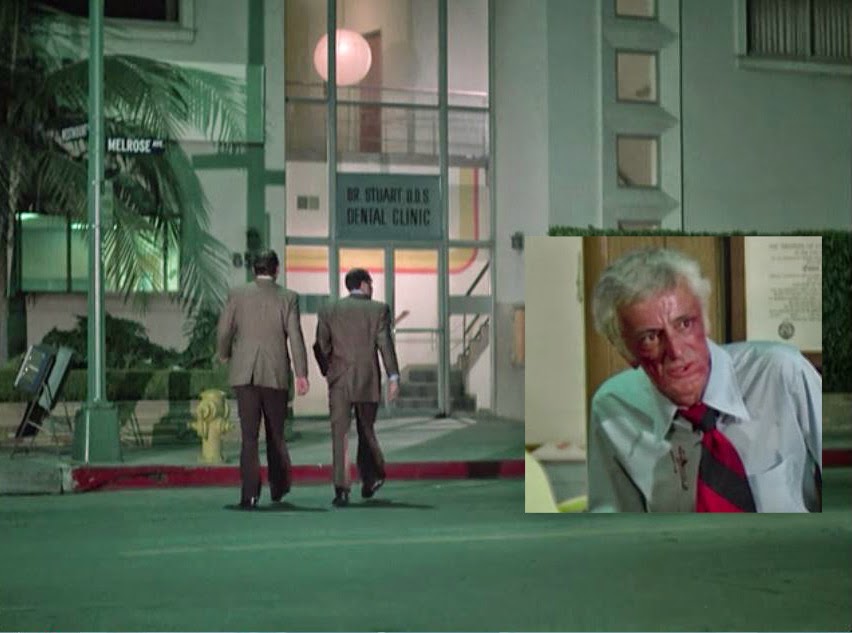 BELOW PHOTO: The above "Dental Clinic" building as it appears today in 2014. The building now is occupied by Artisan De Luxe located at 8564 Melrose Place in West Hollywood, CA 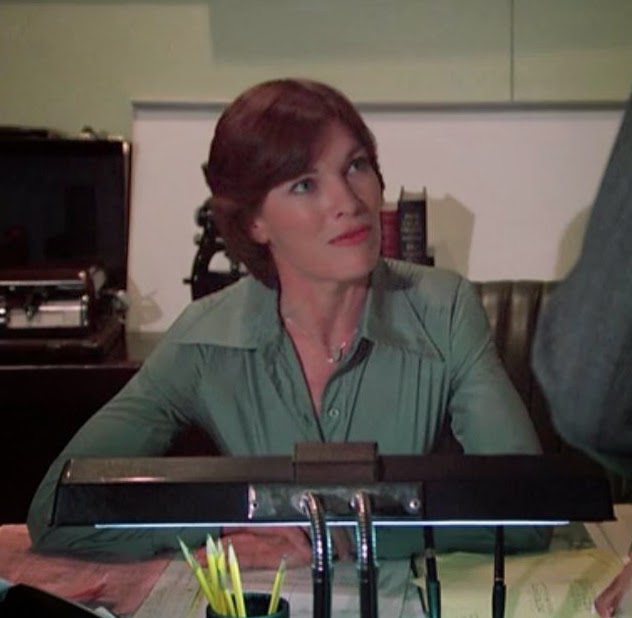 ABOVE PHOTO: Katherine Woodville (1938-2013) played Medical Examiner Marilyn Rae. She would return to appear again in the Rockford Files in:
- A Portrait of Elizabeth (1976) ... Karen Silver (as Kate Woodville) 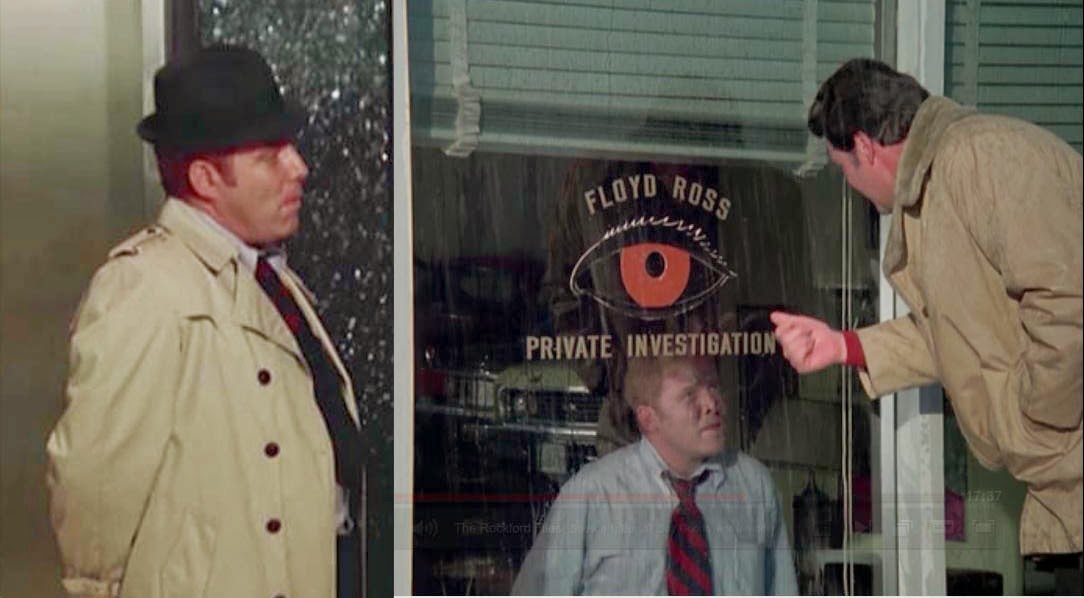 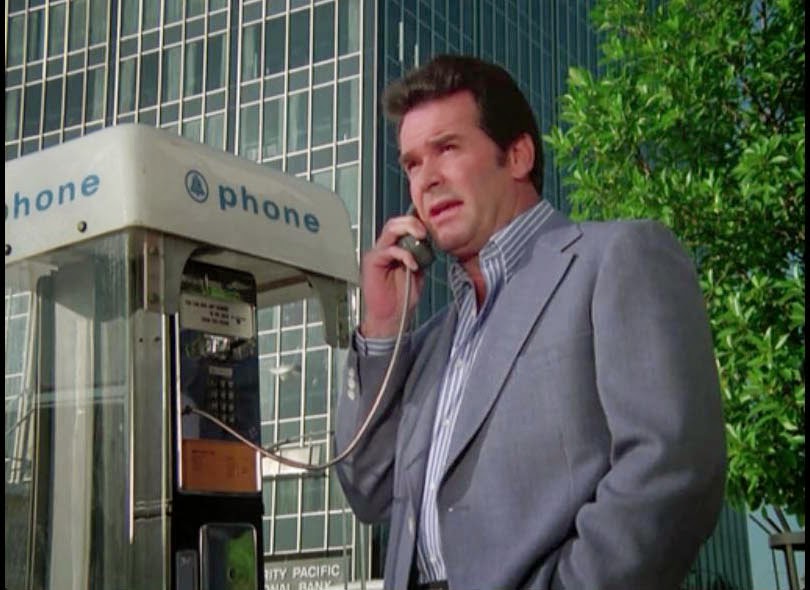 ABOVE PHOTO: James Rockford uses a pay phone in front of the Security Pacific National Bank building at 9665 Wilshire Blvd

ABOVE PHOTOS: In this Rockford Files episode the "PUGET BUILDING" was portrayed as being in Seattle, WA. The Puget Building is actually located at 9255 Sunset Blvd in West Hollywood, CA ABOVE PHOTO: The late actor Thayer David (1927-1978) played Carl Birrell. He passed away a short time later after his Rockford Files appearance of a heart attack at the young age of 51. 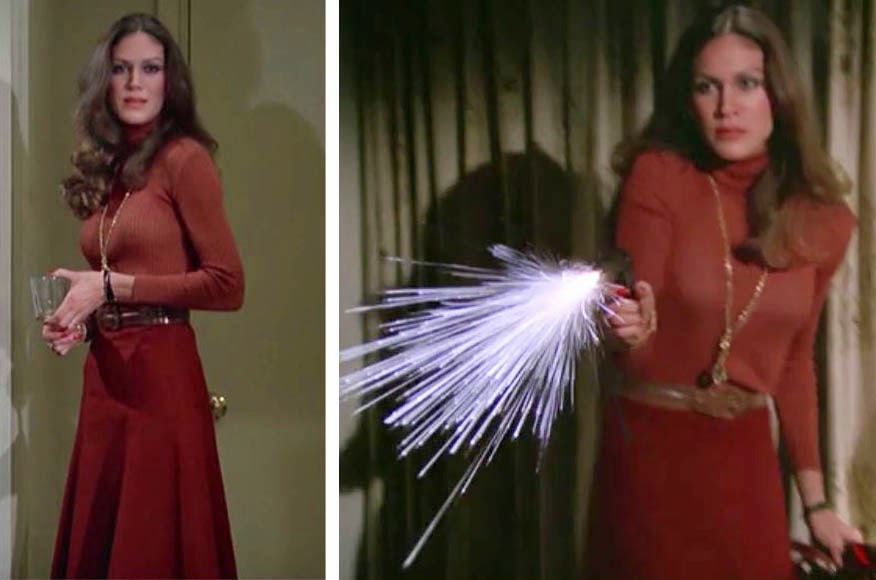 ABOVE IMAGES: The beautiful, sexy and sassy actress Pamela Hensley played Jennifer Ryburn. You could always count on the Rockford Files to have a beautiful actress guest starring.... and many times that woman would be armed with a gun! Pamela Hensley will be 64 years old in 2014.
Posted by Rockford Files Tv Show at 8:30 AM 1 comment: 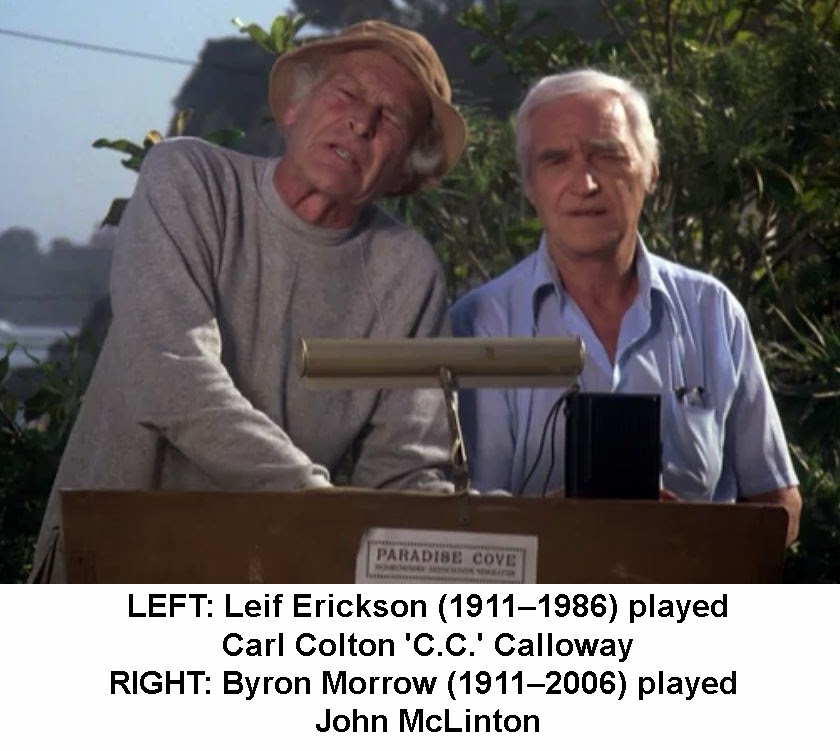 Actor Leif Erickson was a WWII veteran. He served 4 years in the Navy as a combat photographer. Erickson was in two different aircrafts that were shot down and was wounded in each incident.
Actor Byron Morrow was also a WWII veteran. He served as an entertainer in the Pacific Theater for our U.S. and Allied Soldiers.
James Garner, the star of the Rockford Files is a Korean War Veteran and Purple Heart Recipient for injuries received during combat.
Thank you for your service to our country gentleman. 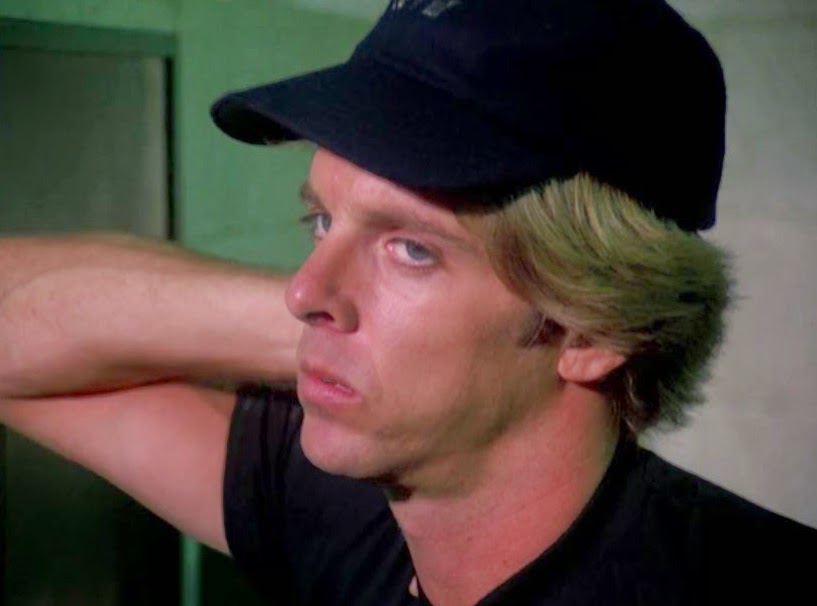 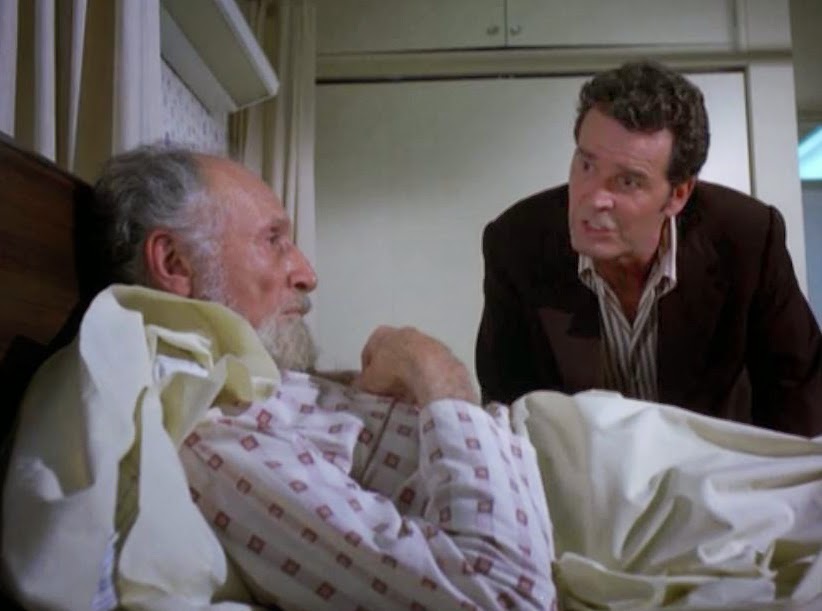 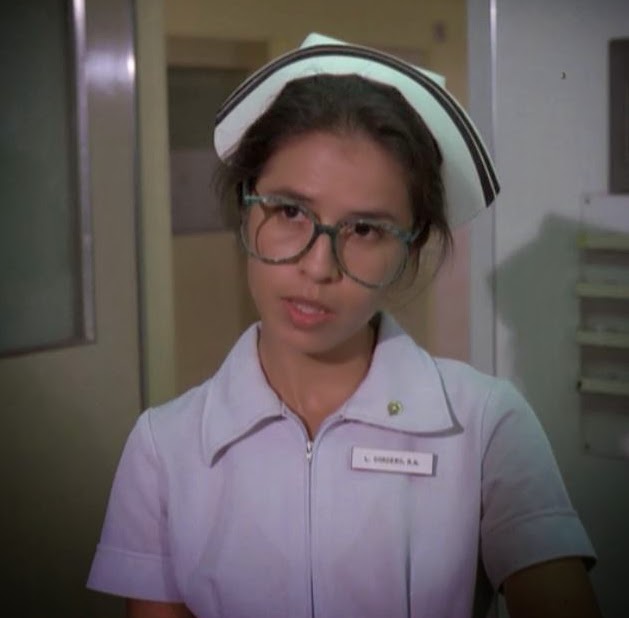 ABOVE PHOTO: The very pretty actress Christine Avila played a nurse in this episode. 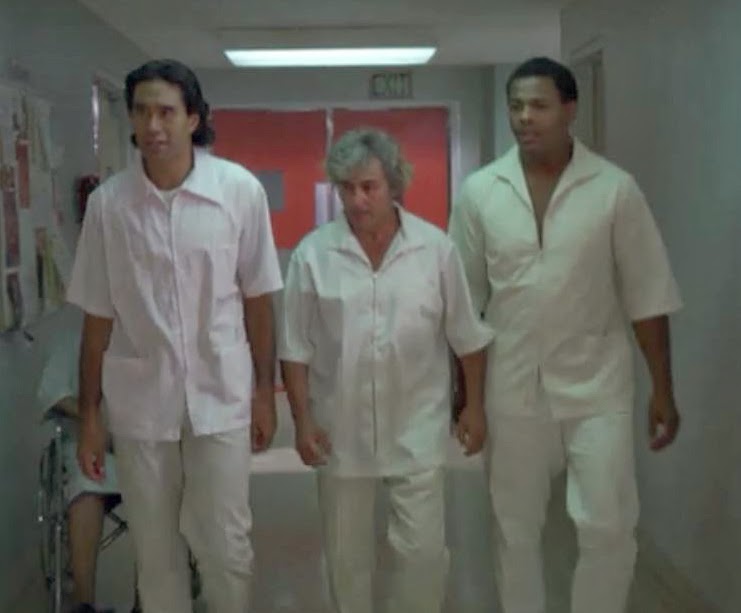 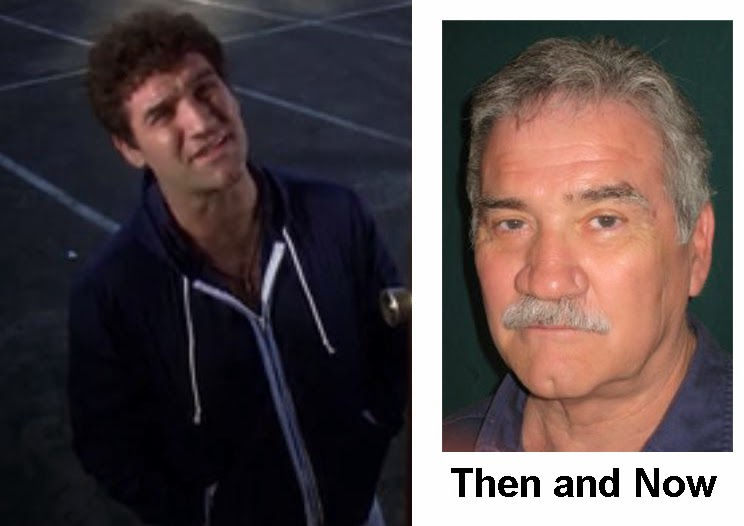 ABOVE PHOTOS: All the great regular appearing actors on the Rockford Files- Joe Santos (age 83) as Lt. Dennis Becker - Luis Delgado (1925-1997) as Officer Billings, Delgado was the brother-in-law of one of the Rockford Files show creator Roy Huggins - Actor Stuart Margolin as Angel. 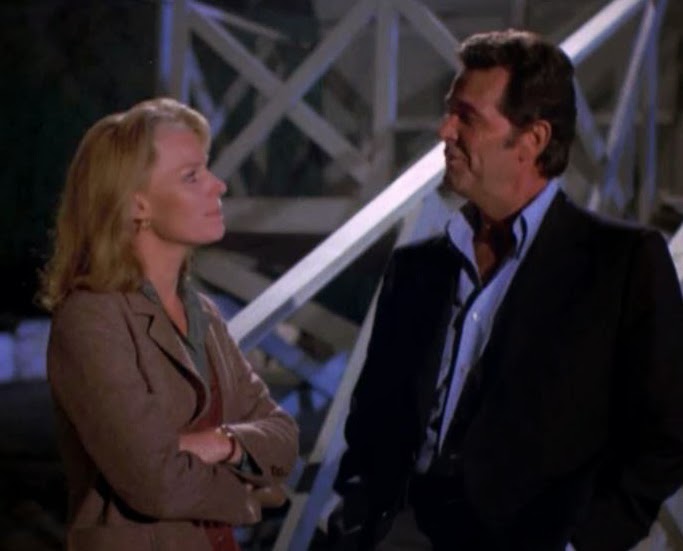 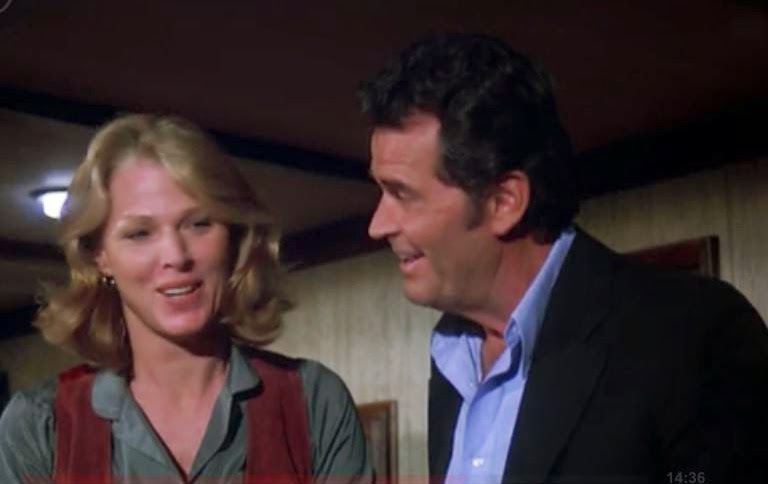 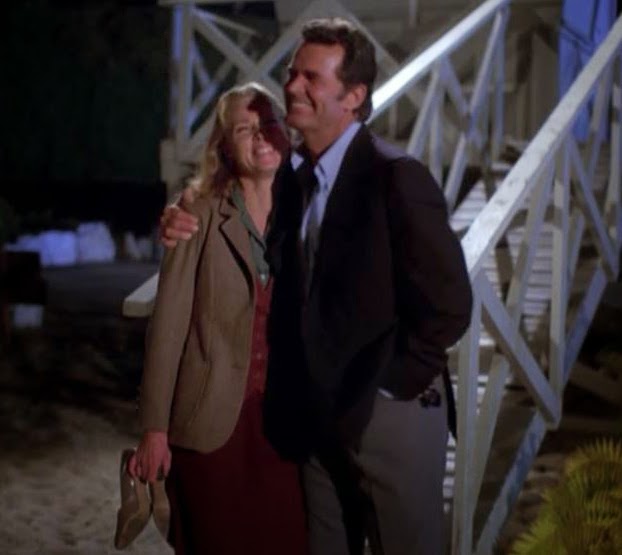 ABOVE THREE PHOTOS: The chemistry could not have been better when they paired up James Garner and Mariette Hartley in this episode of the Rockford Files. These two actors already had the public's admiration having starred together in countless Polaroid Camera commercials as a "couple". Many people thought they were actually a married couple based on those 1970's commercials. 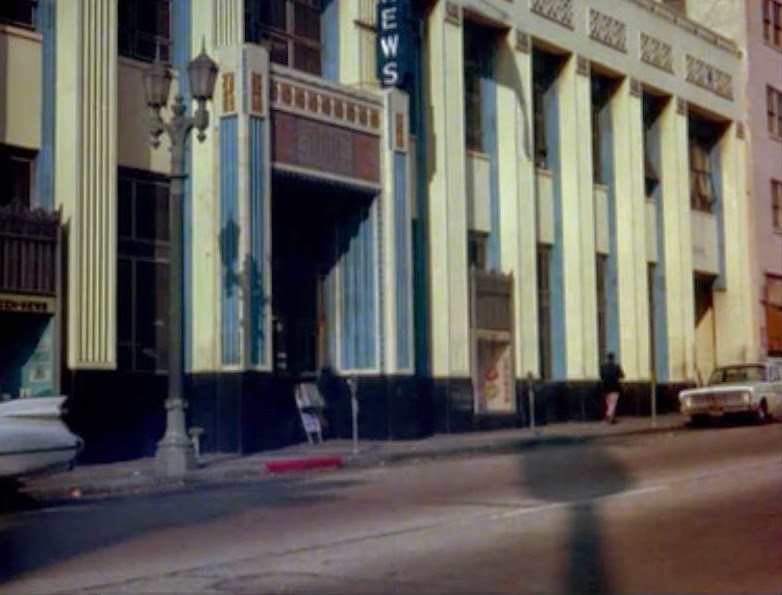 ABOVE PHOTO: Since this episode was almost exclusively filmed on the Universal Studio Lot and on Paradise Cove the only filming location I have for you from this episode is this one.
The Citizen's Newspaper Building 1545 Wilcox Ave, Los Angeles, CA
Posted by Rockford Files Tv Show at 9:27 PM 2 comments: