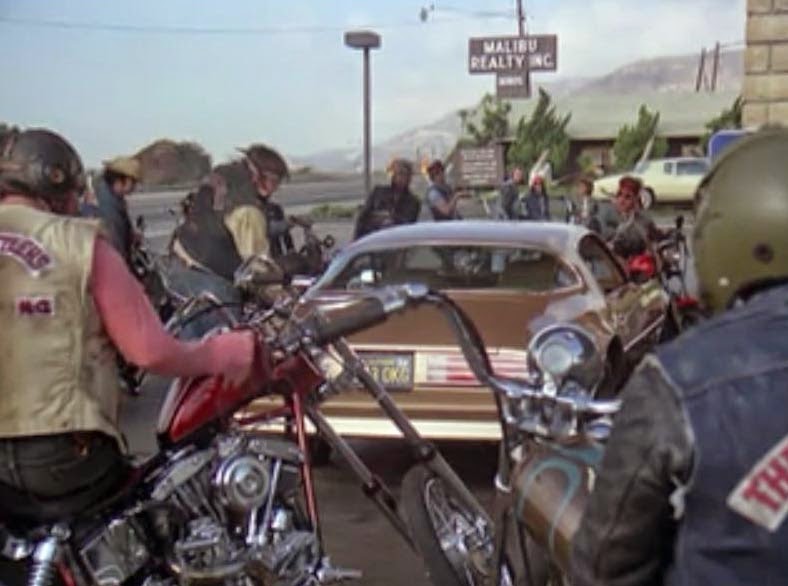 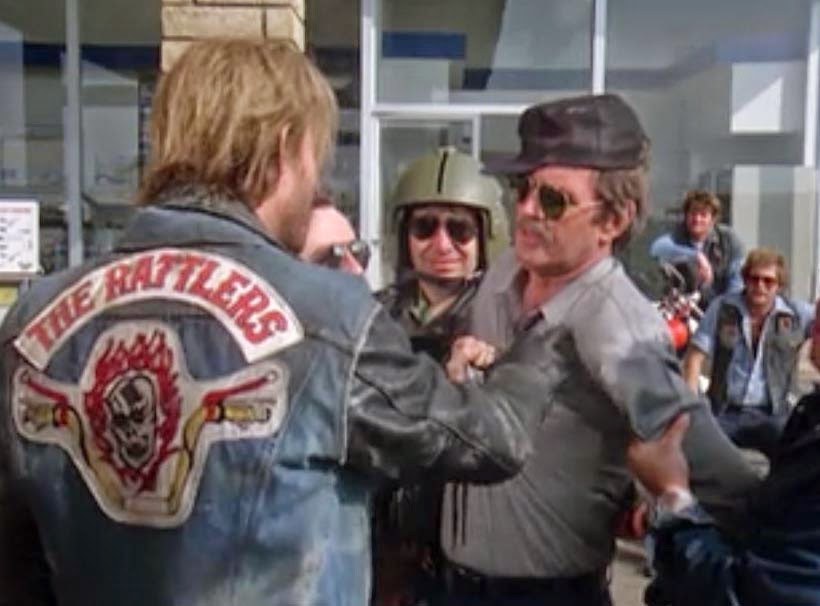 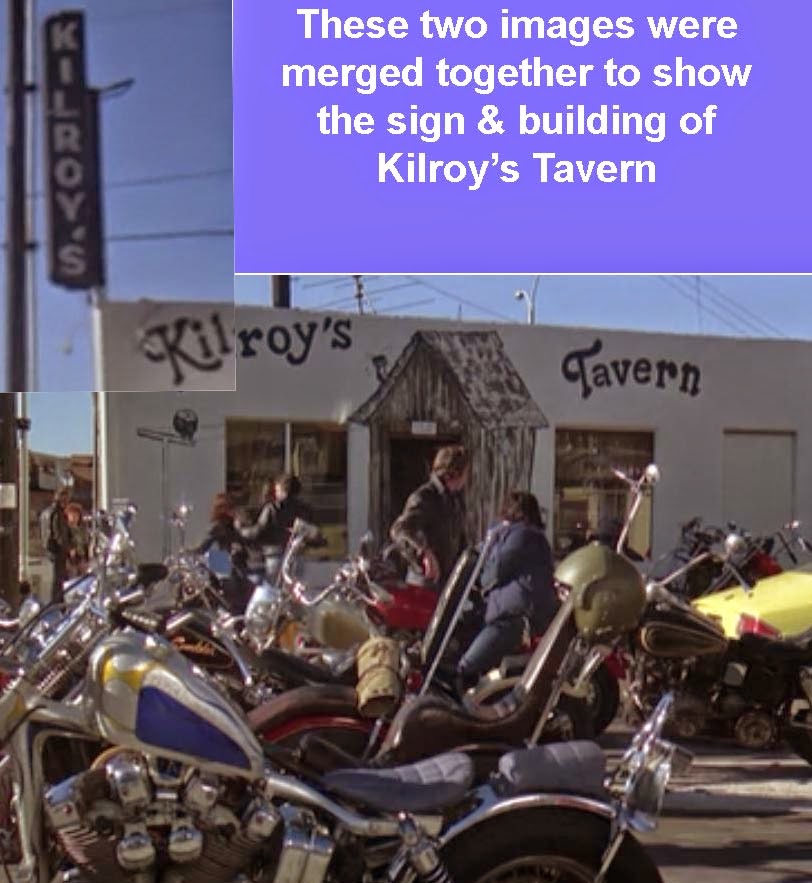 ABOVE PHOTO: In this still image the exterior of KILROY'S TAVERN can be seen. 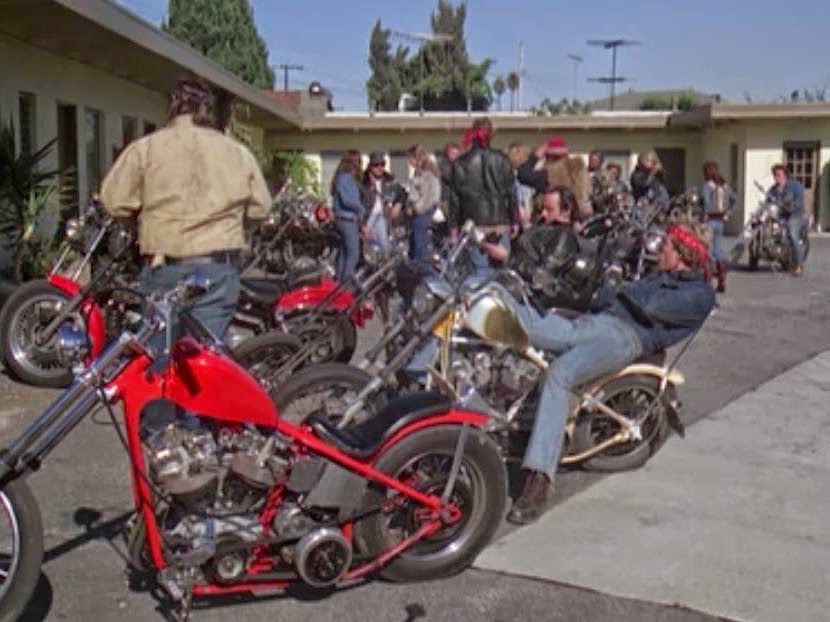 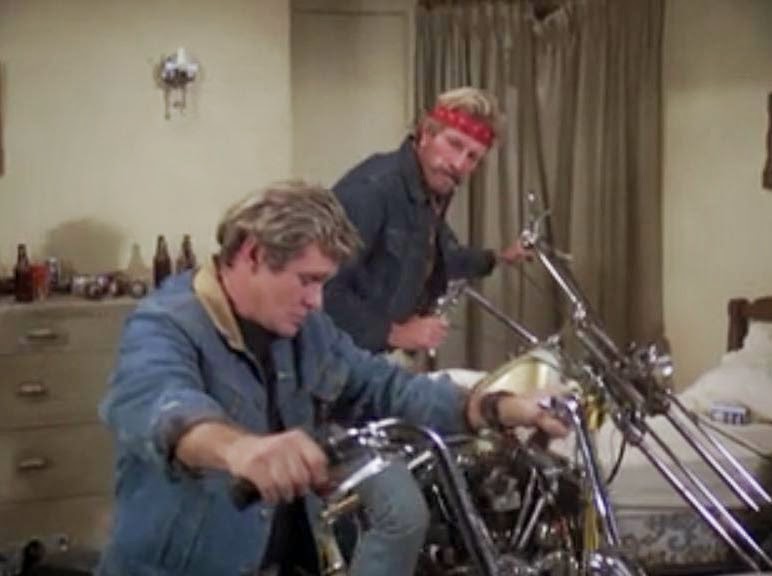 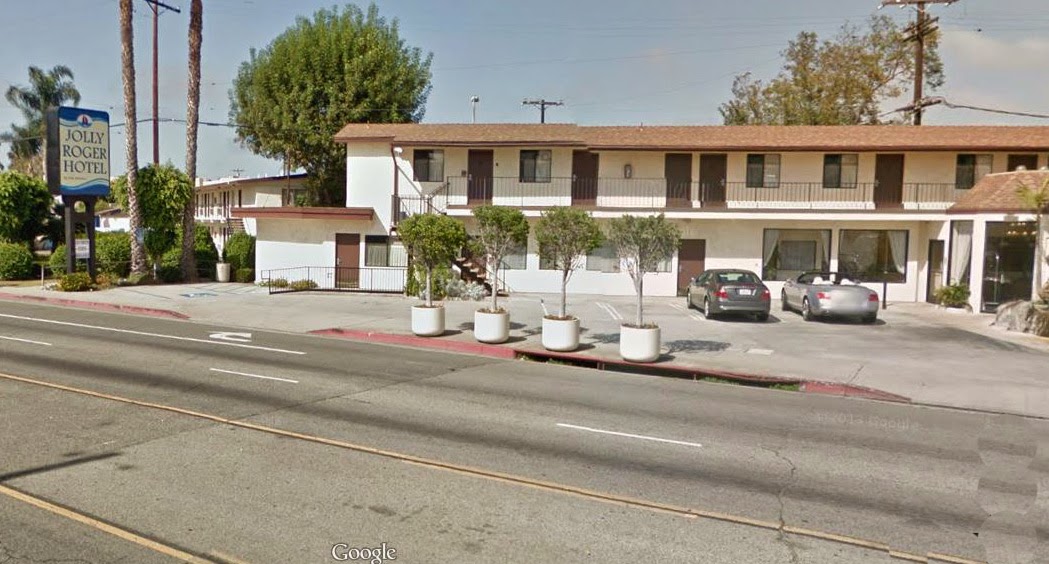 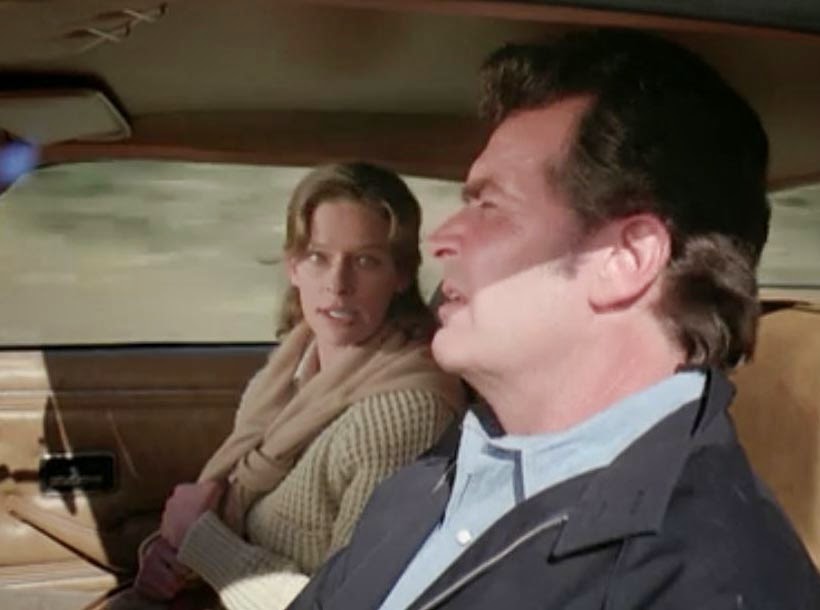 ABOVE IMAGE: The beautiful actress Laurie Jefferson played Gail Cooper, as seen here on her first date with Jim Rockford. Before the date ends, she will be beat and repeatedly raped by a motorcycle gang. I would have to say one of the worst first dates in TV series history. But the trooper she is, she asked for a second date! What a woman! 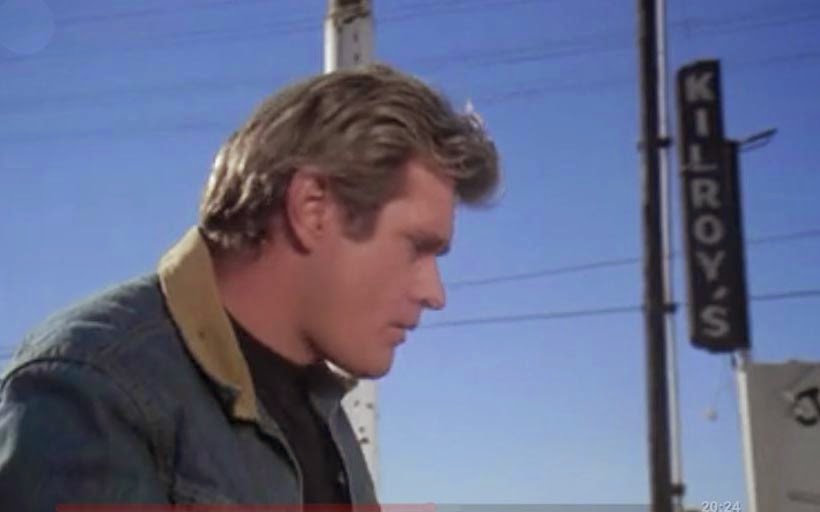 ABOVE IMAGE: Actor Bo Hopkins returns to star in his 4th episode of the Rockford Files. In each episode he played Jim Rockford's friend John Cooper. Cooper and Garner had a natural interaction in each episode. 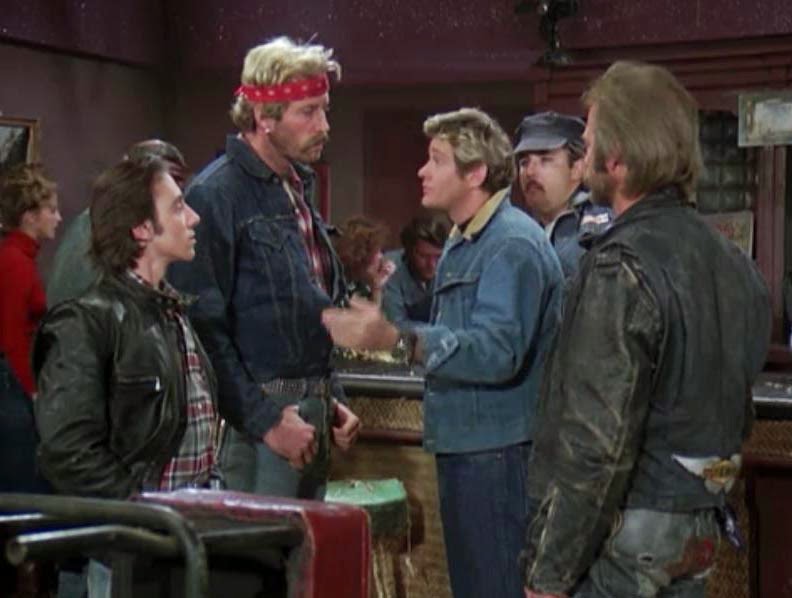 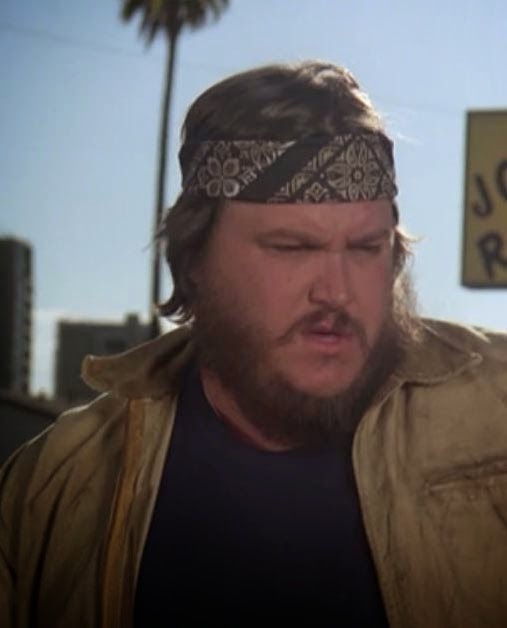 Posted by Rockford Files Tv Show at 8:00 PM 4 comments: Links to this post