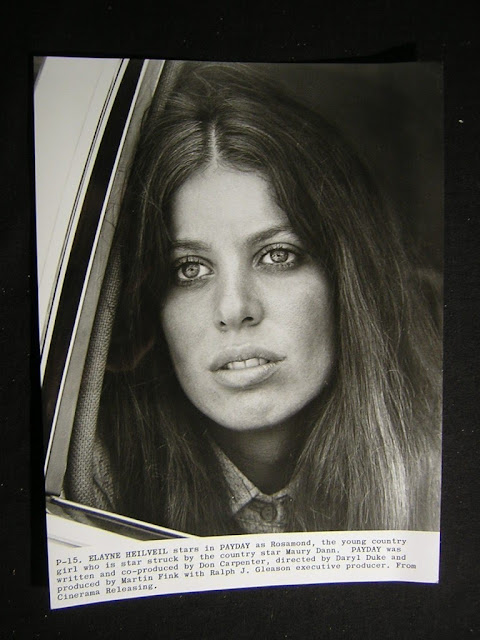 Photo: Elayne Heilveil
Elayne Heilveil played Angela Perris - She would later appear on another episode of the Rockford Files and get married to Jim Rockford prison buddy Angel Martin 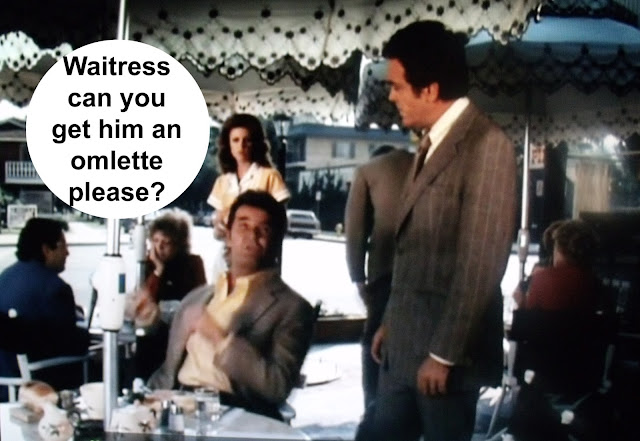 ABOVE PHOTO: Jim Rockford butts heads with FBI Agent Dan Shore (played by the late great Wayne Tippit) at Billy's Diner on 5th Street - which was actually the sidewalk cafe of Paty's Restaurant 10001 Riverside Drive - which is still operating in Toluca Lake California. 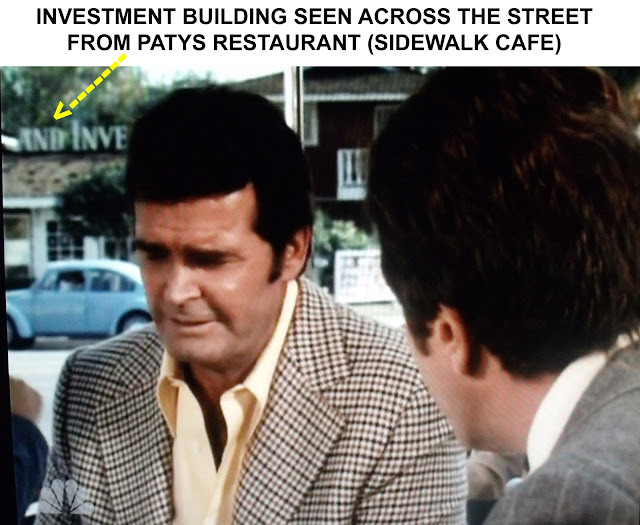 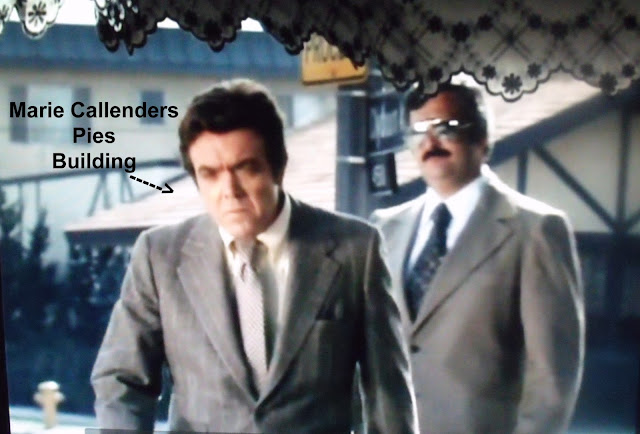 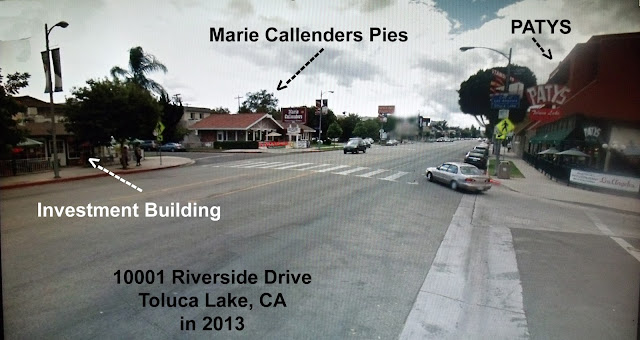 ABOVE THREE PHOTOS: Different scene shots from the 1975 episode of the Rockford Files - which were filmed at Patys Restaurant. The above photo shows the same intersection as it looks likes in 2013 - 38 years later. 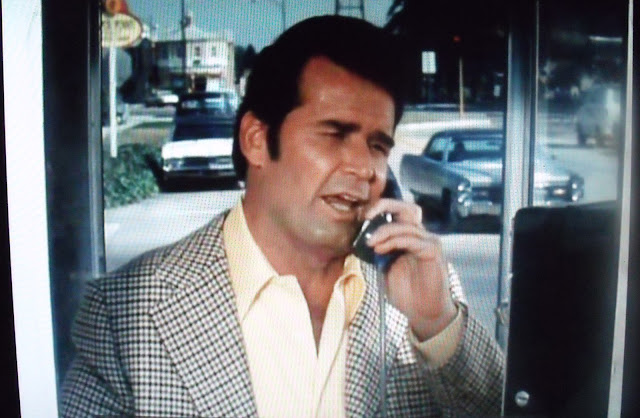 Above Photo: This scene shot is from the same episode as the above images. Jim Rockford can be seen talking on a payphone - Jim was speaking with FBI Agent Dan Shore.
The overhead sign seen outside of the telephone booth in the upper left hand corner reads
???????  PENNY
It appears to be possibly a restaurant sign maybe????
This scene was the scene just before Rockford meets Shore at Paty's Restaurant, so I believe this location is probably in or around Toluca Lake.
Anybody have any idea as to what business that sign belongs to?
Thanks
UPDATE: An alert viewer informed us that this is the: Copper Penny Family Coffee Shop
which had multiple locations.
This one appears to be by an expressway/freeway ramp and probably is in either Burbank, CA or the Toluca Lake neighborhood.
Anybody know????

2ND UPDATE: From the comment section
I can assure you that Copper Penny Family Coffee Shop as seen in that image was the one once located at: Riverside Dr & N Pass Ave, Burbank, Los Angeles, California.
Just blocks from the movie studios.
I am a retired police officer from Burbank, CA and was a frequent visitor to that location.

CAN ANYBODY CONFIRM THIS?

In scene that shows the investment building behind Jim Rockford you also see the image of a white railing. This can also be seen across from Paty's on google maps 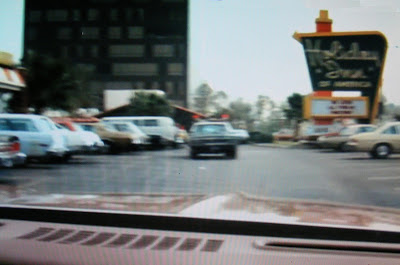 ABOVE PHOTO: Holiday Inn: 21101 VENTURA Blvd · WOODLAND HILLS, CA
I really like the old Holiday Inn green signs...Too bad they are no longer in use. 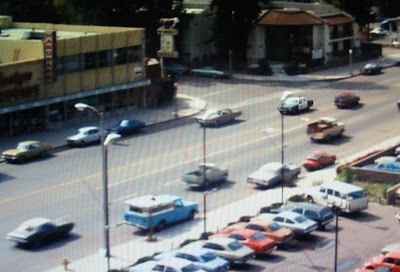 ABOVE PHOTO: My Brother’s BBQ: 21150 Ventura Blvd Woodland Hills, CA
The yellow building next dor to the BBQ joint was a hardware store...It is no longer there.
Posted by Rockford Files Tv Show at 6:41 PM 7 comments: