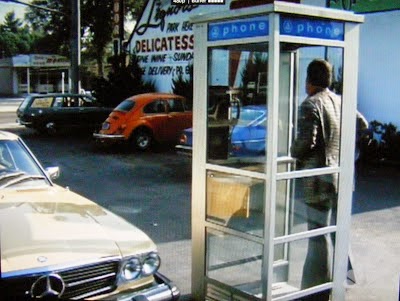 ABOVE: From Episode: Exit Prentiss Carr (1974)
The building marked LIQUORS AND DELI is located at 10550 Riverside Drive, Toluca Lake CA 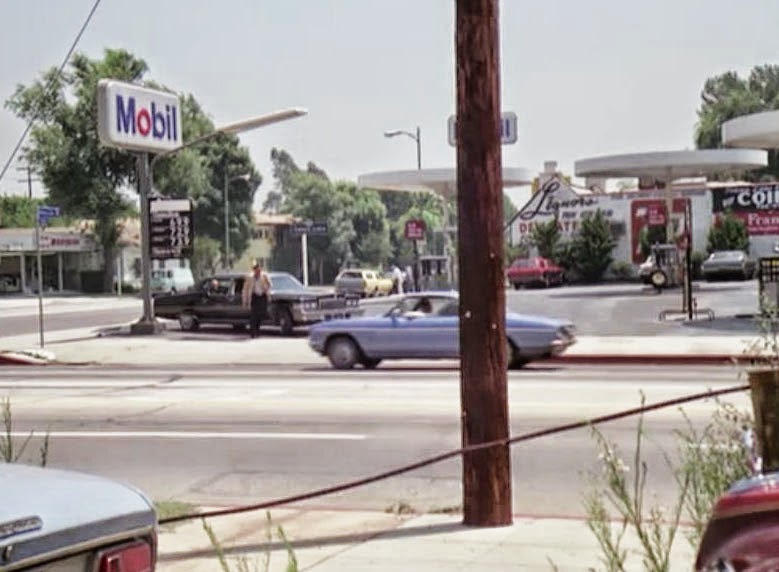 ABOVE: From Episode: Rosendahl and Gilda Stern are Dead (1978)
The same liquor and deli can be seen 4 years later in the above episode.
Well we make a final correction..... The above two images show a Liquor & Deli that once stood at 10550 Riverside Drive, Toluca Lake, CA - Today in 2014 it is Luca's.

A current image shows the location of 10550 Riverside Drive, Toluca Lake, CA
Luca's is located directly behind the Mobil Gas Station sign.
It has since expanded with a second floor added. 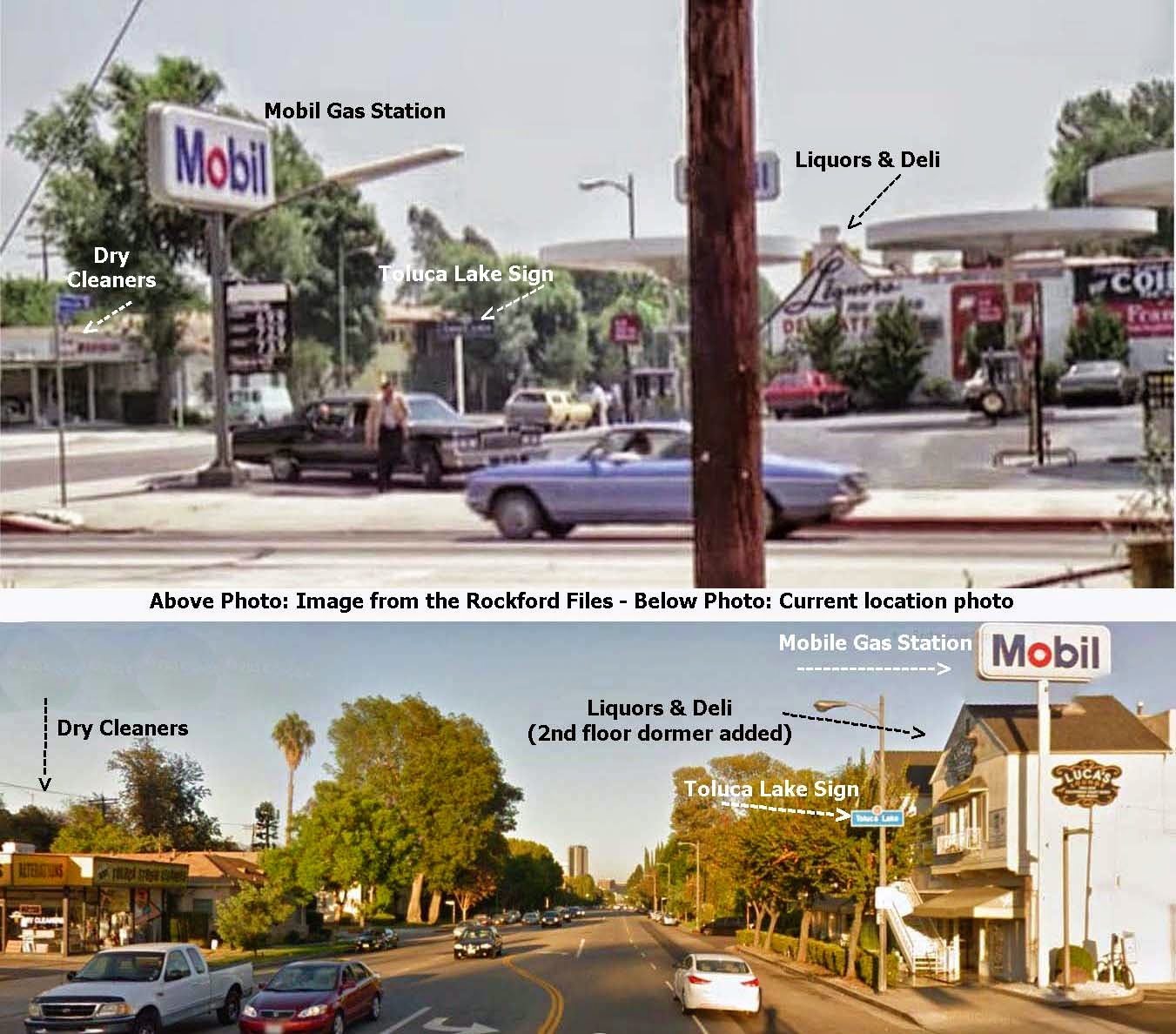 Posted by Rockford Files Tv Show at 8:54 PM 2 comments: Links to this post