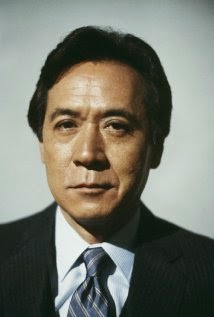 James Shigeta, like James Garner, was a Korean War Veteran.

CLICK HERE TO SEE THE POSTING REGARDING THE "HEARTACHES OF A FOOL" EPISODE
Born: James Saburo Shigeta
June 17, 1929 - July 28, 2014
Mini Bio (1)
Hawaiian-born James Shigeta was, for a time, the biggest East Asian U.S. star the country had known for decades. His up-and-down career reflected the country's changing interest in films with East Asian themes, but, when called upon, he filled both A-movie starring roles and minor T.V. guest appearances with the same cool and classy style. An aspiring song-and-dance man early in his career, he had a series of romantic leading roles in the late fifties, culminating in his most important one, the lead in Ross Hunter's glitzy production of Rodgers and Hammerstein's musical, Flower Drum Song (1961). Supporting parts followed, his last showy turn coming again from Ross Hunter, with star billing and his own production number in the ill-fated musical remake of Lost Horizon (1973). Along the way, there have been many notable T.V. guest appearances showcasing Shigeta's facility with both sympathetic and villainous roles. His status as the foremost East Asian leading man of twentieth century U.S. film will endure undiminished by an erratic career.
- IMDb Mini Biography By: David Durrett

One of six children born to a Honolulu contractor, he was educated at New York University where he majored in English.
Discovered as a singer by TV's Ted Mack & the Original Amateur Hour (1948), where he won first place and an annual scholarship prize. This led to Vegas and nightclub appearances. Pat Boone and Ann-Margret are other celebrities who benefited from Ted Mack's popular show.
Speaks fluent Japanese, French and Italian.
The first Asian-American to crack the old Hollywood studio star system, albeit briefly, groomed as a romantic leading man.
On April 18, 2005, he was awarded a Visionary Award from East West Players, the nation's premier Asian American theatre organization.
Chosen by Goldsea Asian American Daily as one of the "100 Most Inspiring Asian Americans of All Time".
His publicist was Jeffrey Leavitt.
Upon his death, he was cremated and his ashes were scattered into the pacific ocean.
The Monday, September 1, 2014, issue of the Honolulu Star-Advertiser reported by Rob Shikina that services were held on Sunday, August 31, 2014, at Hosoi Garden Mortuary in Nuuanu and also reported that "Shigeta, a Marine during the Korean War, will be inurned in a private ceremony Tuesday at the National Memorial Cemetary of the Pacific at Punchbowl".

I think an actor's life is necessarily self-involved. And that's what I would like to get away from.
I have never personally referred to myself as a star. When asked I always say, 'I'm an actor, a working actor.' I think the term 'star' is a vastly overused expression. That term has been used in reference to me but it is not of my own choice.
﻿
Posted by Rockford Files Tv Show at 8:22 PM No comments: