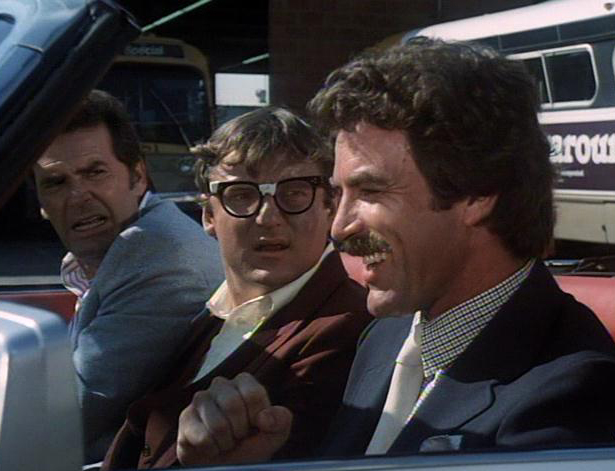 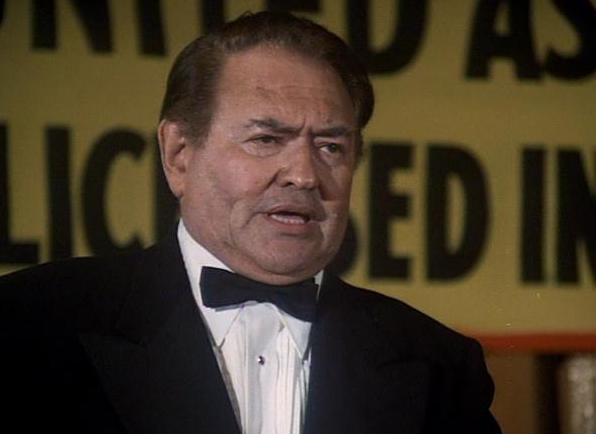 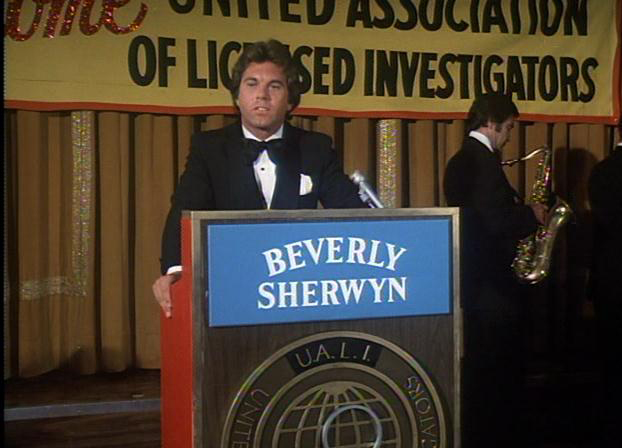 ABOVE PHOTO: Actor Larry Manetti appeared in this episode. Larry Manetti would later team back up with Tom Selleck on the TV series Magnum P.I. 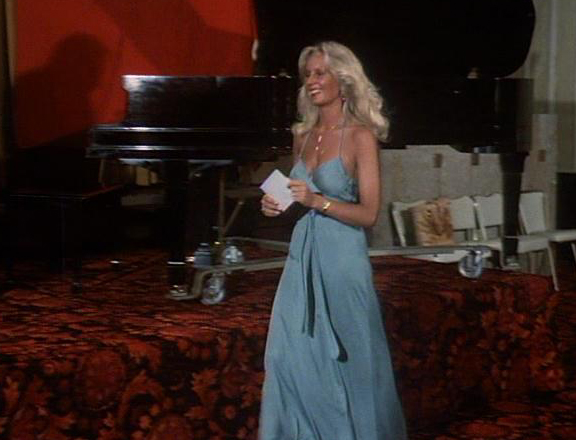 ABOVE PHOTO: You have to give the Rockford Files casting department credit because they always had some of the most beautiful actresses on this TV series. In the above photo, this unaccredited actress handed Vern St.Cloud the name of the Goodhue Award. I will not spoil this episode by telling who won the award. 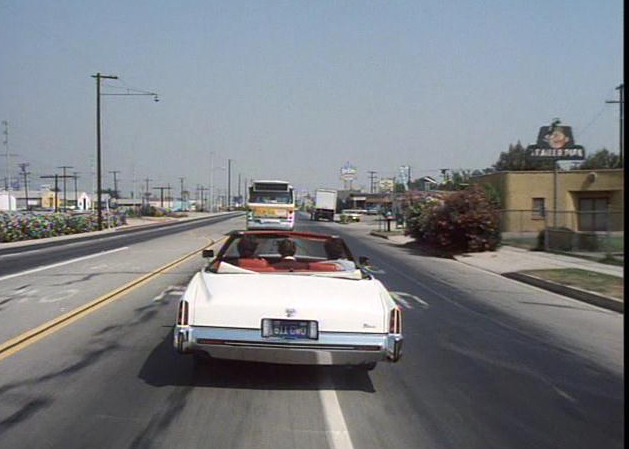 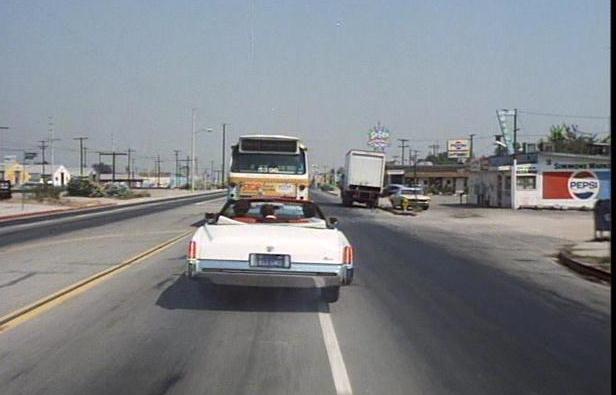 ABOVE PHOTO: Simmons Market located at 8361 San Fernando Road - displaying the beautifully hand painted Pepsi logo on the side of their store and also on the overhead street sign. 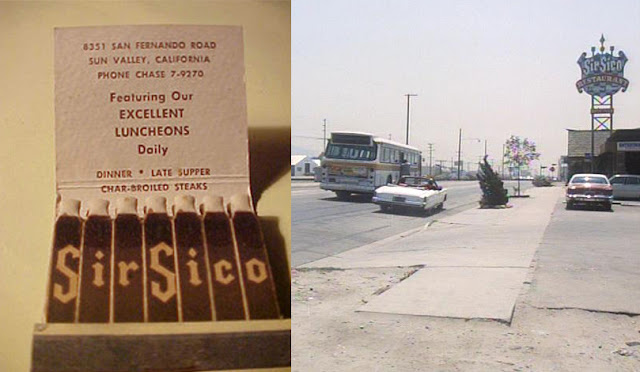 ABOVE PHOTO: Sir Sico Restaurant located at 8351 San Fernando Road.
Have you ever ate there? Let me know please!
I added the photo of the matchbook to the above image.

(1987) Memorial services were conducted Thursday evening in Burbank for Frank R. Sica, the youngest of three brothers considered by police to be major California crime figures during the late 1940s and early '50s.
Sica, 70, who died last Saturday after a lengthy illness, was the owner until early last year of the Sir Sico restaurant in Sun Valley.

Beginning in 1959 he fought a lengthy battle to obtain an entertainment permit for that establishment. For seven years it was opposed by the Los Angeles Police Commission on grounds that he had a lengthy record of arrests for gambling and that he was associated with "known criminals"--his brothers.
He finally won that permit after Los Angeles Superior Court Judge Alfred Gitelson noted that Sica already had a liquor license and that addition of a piano bar had no relation to any allegations of bad character.
The brothers in question, Joseph and Alfred Sica, were described in a state Special Crime Commission report of that era as having left the notorious Mickey Cohen mob to join that of rival gangster Jack Dragna.
Joseph and Alfred Sica were indicted by a federal grand jury in January, 1950, with Abraham Davidian and 13 others on charges of operating the then-biggest heroin smuggling ring in Southern California.
Davidian turned state's evidence, but was murdered in Fresno before the trial. Prosecution of all defendants was abandoned, prompting U.S. District Judge Peirson M. Hall to criticize prosecutors for their failure to track down the killer or killers in that and three other dope case killings.
Frank Sica leaves two other brothers, Jimmy and Nunzio; his wife, Mary; sons Gary, Bob and Ron as well as sisters Ann DeVito and Jennie Sica. 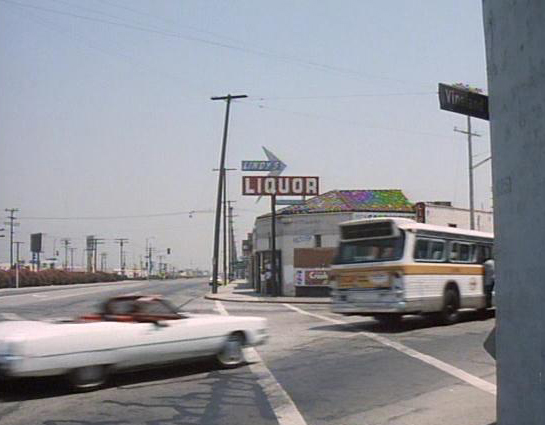 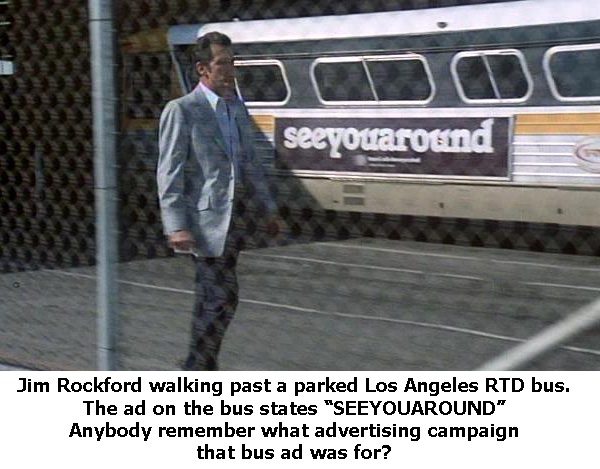 ABOVE PHOTO: Bus ad for "seeyouaround", any idea who this advertising campaign was for? 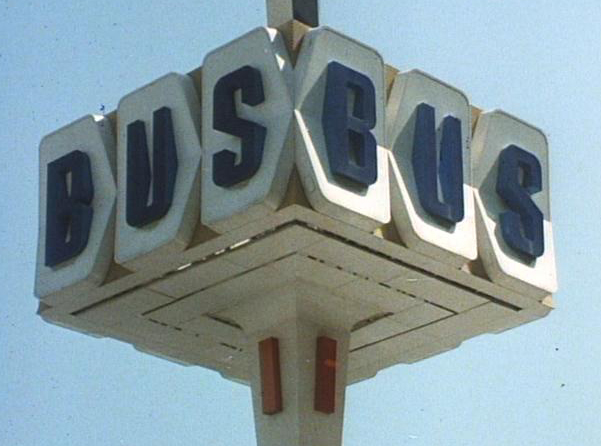 ABOVE PHOTO: The vintage "BUS" sign was shown in this episode. Anybody have any idea where this sign was once located? 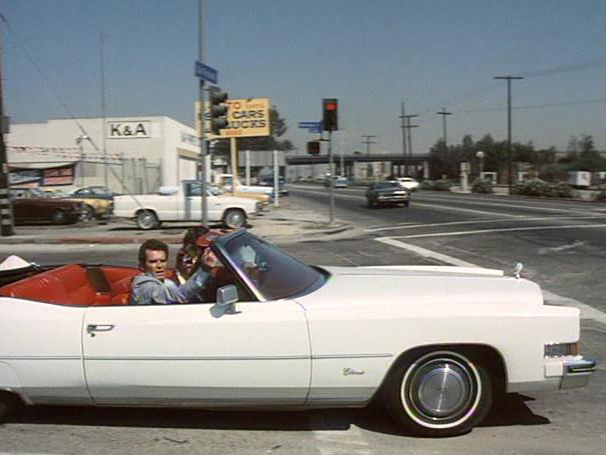 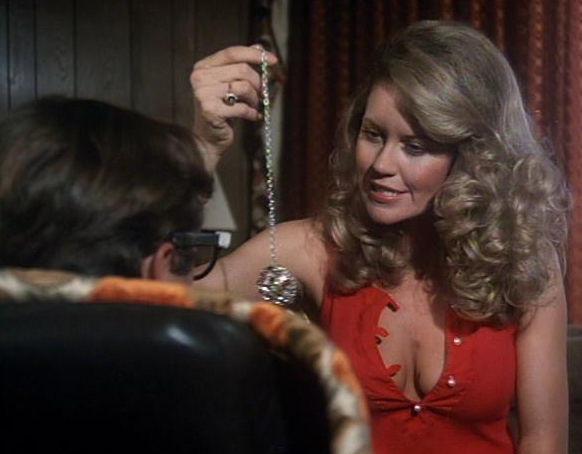 ABOVE PHOTO: Yes I saved the best for last. Freddie Beamer couldn't concentrate on being hypnotized by Brandy Alexander. I wonder why????
The sexy and chesty Brandy Alexander was played by the beautiful actress Erica Hagen.

CLICK HERE TO GO TO THE IMDB WEBPAGE FOR THE COMPLETE CASTING LIST FOR THIS EPISODE
Posted by Rockford Files Tv Show at 10:49 PM

one of my favorite episodes

What about the award that Jim threw out the window of his car, where was it ? Lakeshore Dr ?

Great title for the episode ..

Sunny and me said...

Freddy and me and Kay said...

Me and my cousins met him during the filming of this episode. He was super nice. We loved it. San Fernando Rd. & Dora Street. #sunvalley

Did you also meet Brandy ?

NO,but I sure loved to..
How about those pineapples...

Love your blog! That vintage Bus sign is from a Greyhound station. More info here:

Love your blog! That vintage Bus sign is from a Greyhound station. More info here:

... and the sign is still there albeit without the Bus portion:

For years, I thought about the Rockford Files everytime I drove by Colony Liquors on Pacific Coast highway near Malibu. You often saw the sign in his car chases up and down the highway. Alas, within about the last three years, the sign disappeared as the liquor store converted into a medical marijuana dispensary.