Alex Rocco who guest starred as Sherman Royle in the Rockford Files episode "The Trees, the Bees and T.T. Flowers" (1977) died July 18, 2015 at the age of 79 - Birth Name Alessandro Federico Petricone Jr. 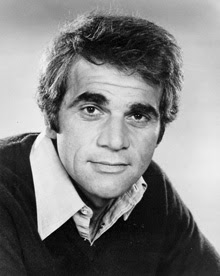 - The Trees, the Bees and T.T. Flowers: Part 2 (1977) ... Sherman Royle
- The Trees, the Bees and T.T. Flowers: Part 1 (1977) ... Sherman Royle
IMDB Trivia on Alex Rocco (14)
Wife Sandie E. Rocco was a former professional square dancer and night club performer who later became a screenwriter. She died at age 59 after a four-year battle with cancer on June 12, 2002.
Three children: director Marc Rocco; Jennifer Rocco, an attorney; Lucien Rocco, a poet; and, his grandson, Anthony Dominic Alessandro, son of Jennifer Rocco.
Debuted on Batman (1966) as a thug who gets "Whapped" by the Caped Crusader.
His "Do you know who I am" line in The Godfather (1972) is often used by Howie Carrwhen the subject is the "Beautiful People" getting in trouble.
Is a member of the Bahá'í faith.
His girlfriend was hit on by Charlestown mobster Georgie McLaughlin in 1961, setting off the Boston Irish gang war of the early 1960s. Rocco himself was picked up as a suspect in the murder of Bernie McLaughlin, but never charged.
Was once a member of The Winter Hill Gang
Stepfather of Kelli Williams and Sean Doyle.
Starred in the February 3, 2008, Super Bowl ad for Audi that parodied the famous "horse head" scene in The Godfather (1972).
Father-in-law of Lisa Rocco.
Second husband of Shannon Wilcox.
He died on the same day as his The Entity (1982) co-star George Coe: July 18, 2015.
Caesars Palace, in Las Vegas, payed tribute to Alex Rocco Saturday night by turning off the nostalgic front fountains in front of the hotel for one minute to honor their friend BoBo.
At his marriage to Sandie Garrett in 1966, he adopted her son, Marc, who became known as Marc Rocco.
Posted by Rockford Files Tv Show at 5:43 PM

Rocco was also in a couple of Kojak episodes. Always enjoyed his acting. So long Alex, thanks for the years!
Mozilla