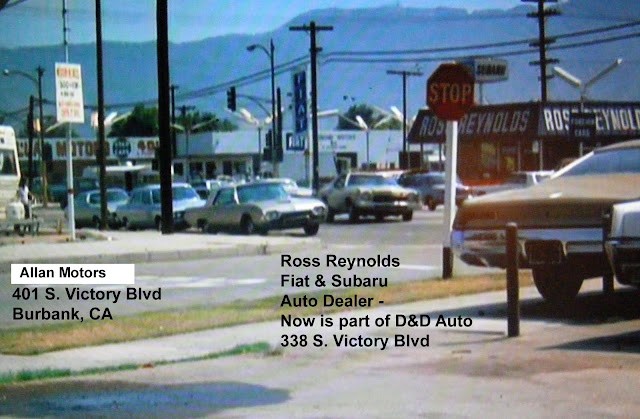 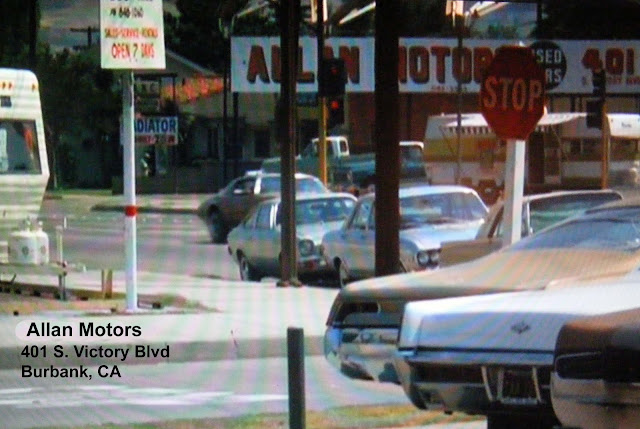 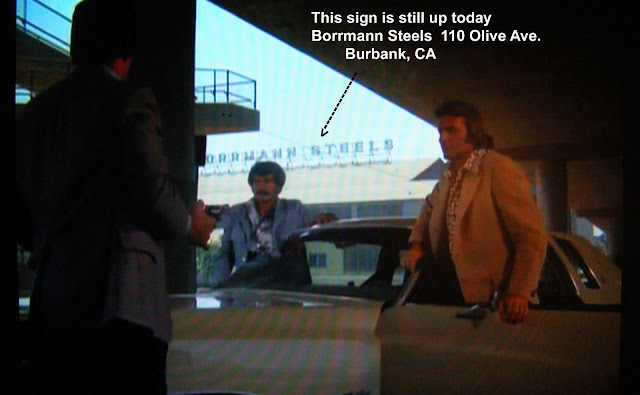 The Borrmann Steels sign can be seen in this scene. It is still present at 110 Olive Ave in Burbank, CA. This scene took place under the Golden Gate Freeway. 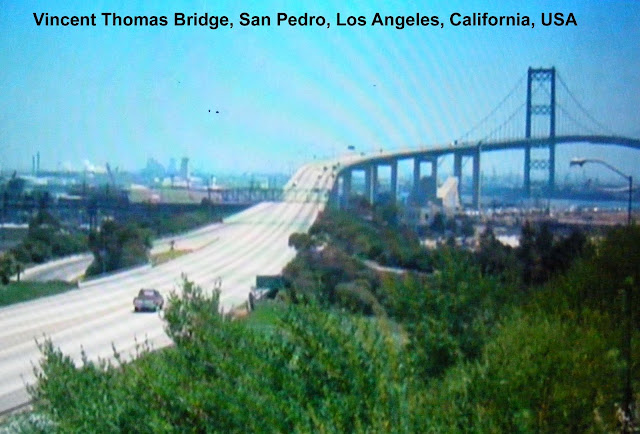 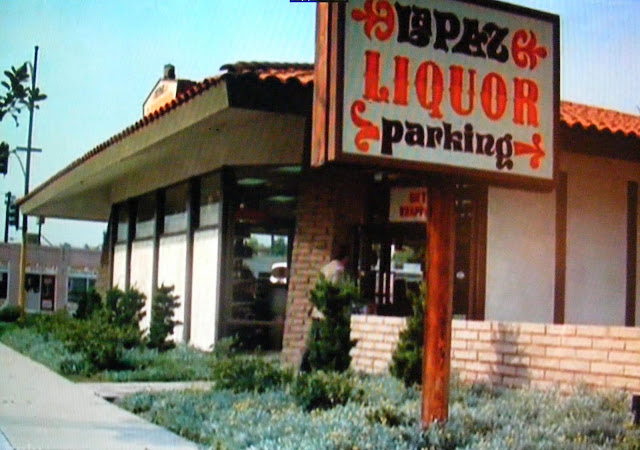 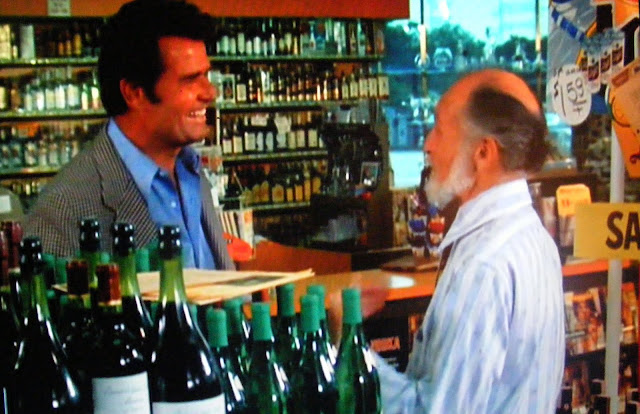 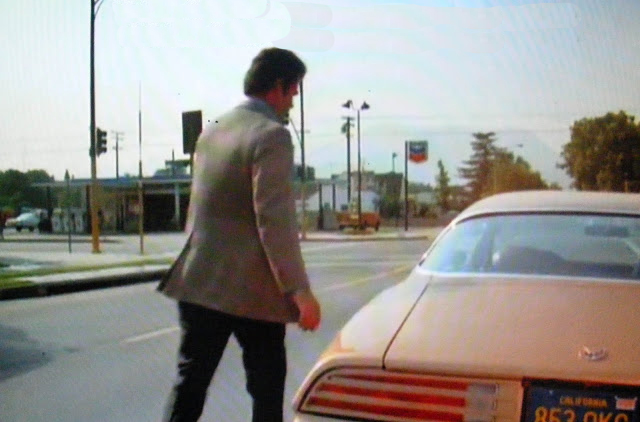 Above Image: A gas station can be seen across the way from La Paz Liquors, it is no longer there.
La Paz Liquors located at 4101 West Magnolia Blvd.
In the interior store image you can see a sign for a six pack of Schlitz for $1.59
That is almost as good as gas being 56 cents a gallon as seen in many scenes of the Rockford Files. La Paz Liquors is still there. 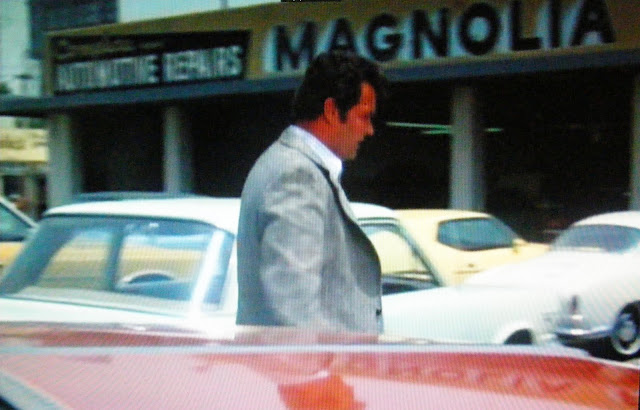 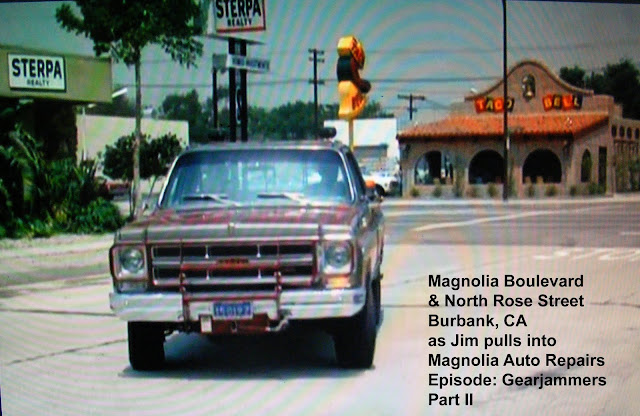 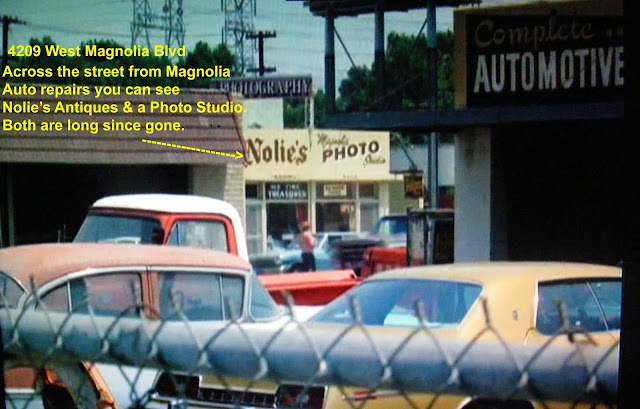 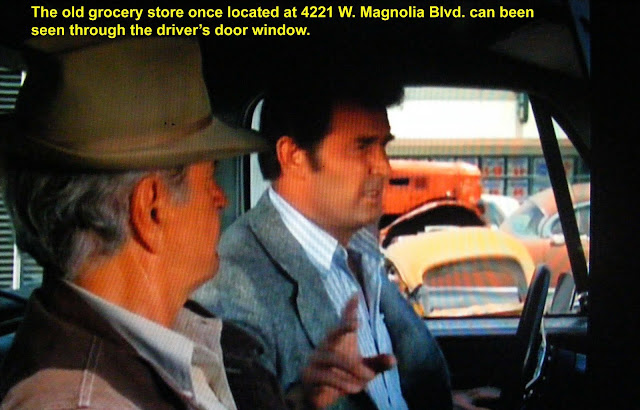 Nolie's had some very cool things for sale. It was an antique store and also unusual collectible items. I wish I still lived in California.

LaPaz liquors is still there today. Needless to say the six packs are not $1.59 anymore.

Great pic of the vintage Taco Bell. I was wondering what episode I saw that in the past few years, and now I know (Gearjammers). Rockford's on Netflix, so now I can go watch that in stunning moving 70s low-grade TV film quality! BTW, why doesn't that vintage Taco Bell have a fire pit out front!?!

Because they closed in the restaurant for indoor seating. Before that, it was a walk-up. And there would have been a fire pit.

Hi, I've really been enjoying this blog as I watch The Rockford Files for the first time and check it for most episodes I watch. I have one question.

Does anyone have a location for Angel's apartment in "The Girl in the Bay City Boys' Club"? I found a post on that episode from a few years ago but no mention of where that apartment building is here or on IMDB.

It's the first time his living quarters are shown but definitely a different location than is used in later episodes.

An extension of my first question: does anyone also have the address for the exterior of Angel's old apartment building in "Drought at Indianhead River," where the neighbor kid has been duped into trying to sell all Angel's stolen possessions at a garage sale after Angel moved to the fancy penthouse? I can find an address for the penthouse but not the place he vacated.

Angel's seemingly endless rotation of random houses is weirdly fascinating to me. LOL

Thanks again for any help!